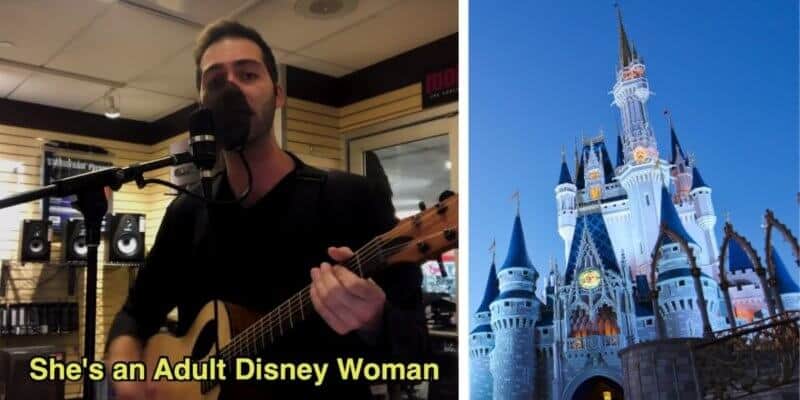 Do you love Disney characters? What about the Star Wars franchise? Have you seen Snow White and the Seven Dwarfs several times or do you know every word to every Disney song? Did you grow up watching the Disney Channel and loved Hannah Montana or Lizzie McGuire? Are you an adult Dsney fan and are proud that you’ve seen all of the Disney movies, including the Disney Pixar films like Toy Story or Coco, and do you frequent the Disney Parks every chance you get?

If you have answered yes to any (or all) of these questions, then keep reading.

Personally, I have never related to something as much as I relate to this original song by YouTuber Max Ash. Whether you are an adult Disney woman, or you know one in your life, you’ll be able to relate. From booking FastPasses to trying to get your reservation at Club 33 to planning a Disney-themed wedding, YouTuber Max Ash touches upon every single aspect of an adult Disney woman in his original song.

And for all you childless millennial Disney fans, this relates to you, too.

The original Disney Youtube song by Max Ash starts off with:

She goes to the parks several times of year. She owns multiple varieties of Mickey Mouse ears. She’s ridden Big Thunder 900 times. She always gets a FastPass to bypass the lines. Where does she get money to do this? She should be broke by now. But she’s unbothered by your judgements of her way of life.

Now, for all of you childless millennials or adult Disney fans out there, I know you can already relate to every single word Max Ash sings in the opening verse.

Later on in the Disney YouTube song, Max Ash sings:

She’s got a huge tattoo of Moana on her hip. Knows every Jungle Cruise ride joke and quip. One day her wedding will be Little Mermaid themed, and the groom is just gonna have to be okay with that.

Now, I know all you men who are reading this are rolling your eyes, but nodding your heads because we all know the woman always gets her way. Especially on her wedding day. And to all the adult Disney women out there, you do you.

But you’ll have to listen to the entire thing, especially for all of you monorail fans out there. (Hint: He sings a line in Spanish).

Listen to the entire song on Max Ash’s YouTube channel below.

I know I am going to rock my childless millennial Disney shirt while jamming out to this Disney YouTube song, Adult Disney Woman. What about you?

What was your favorite lyrics from the Adult Disney Woman song?

Comments Off on Calling all childless millennials: “Adult Disney Woman” song is your new anthem!