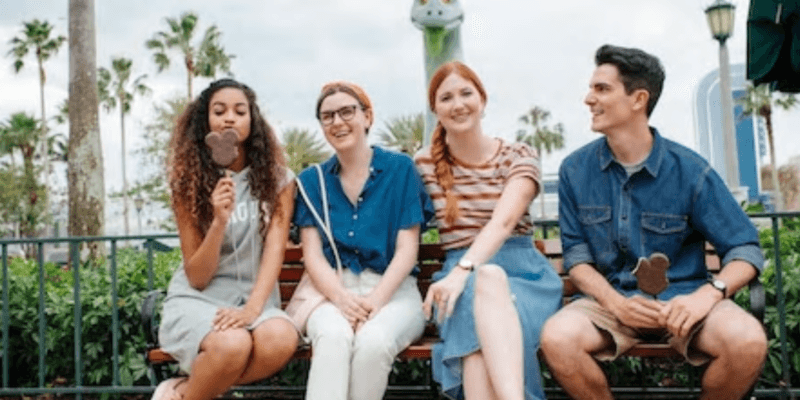 An angry mom’s rant from a fall 2018 Walt Disney World vacation went viral last week, and now people everywhere are sharing their opinions on whether or not it’s bad for childless adults to go to Disney Parks.

In the original Facebook post, one mother shared her frustration against adults (namely millennials) who travel to Walt Disney World without any children. her expletive-laden rant recently took the internet by storm, as thousands of Disney fans replied on social media sharing how ridiculous they believe this mother’s claims are. But even though many fans were quick to disagree with the angry mother’s post, others thought she may be onto something. The New York Post even went so far as to publish an article headlined, “Sorry, childless millennials going to Disney World is weird.” Here’s a brief snippet of what New York Post writer Johnny Oleksinski had to say on the subject:

Millennials are indeed in an unhealthy relationship with Disney, having granted control of so much of their leisure time and personality to a single, enormous corporate entity meant for children. Want to see a movie? Let’s go to the remake of 1994’s “The Lion King” or 1992’s “Aladdin.” Want to go on vacation? Sure, let’s jet off to the new Toy Story Land at Disney World, based on my favorite film from 1995. While we’re at it, why not return to the safety and comfort of the womb?

It wasn’t long before not only millennials but childless adults (and even adults in general) clapped back at the New York Post’s article, sharing their sides of the “issue” of visiting Disney Parks without any children. While some parents agreed with Oleksinski’s point and said it doesn’t make sense for adults to want to go to Disney in the first place, others took to Twitter to share not only why they visit Disney, but also why the article, in their opinion, didn’t make sense. Here are some of the highlights:

You know what’s weirder? Old white dudes obsessing about whether younger people are going to Disney or not.

Disney. You’re creeped out by adults going to DISNEY.

Anyone should be able to go to Disney World and have fun and not be called weird by some failing journalist.

I wish millennials could afford to have kids and go to Disneyworld. Can't have both.

Millenials are killing the family industry

Also Disneyland has been marketing to couples without kids since the 1950s??? pic.twitter.com/1kIrxYNWGu

But as the Washington Post points out, adults questioning other adults’ love for Disney is nothing new. Some fans of the theme parks even shared that their love for Disney is questioned or commented on frequently by those who just don’t seem to get it. And many Disney-loving readers of Inside the Magic can agree with the testament that the Disney Parks offer comforting familiarity, fun, and enough upscale experiences to put other vacations to shame. If you can live out your childhood dreams while also feasting on high-class food and experiencing top-notch bars and atmospheres, why not visit Disney Parks? As many fans attest, Disney even goes so afar as to encourage adults to visit without their kids, publishing guides to visiting Disneyland and Walt Disney World as adults.

By the looks of it, childless adults aren’t going to stop visiting Disney Parks anytime soon, and we don’t think it should matter.

What do you think? Is it weird or wrong for adults without kids to go to Disney Parks? Let us know your take in the comments!