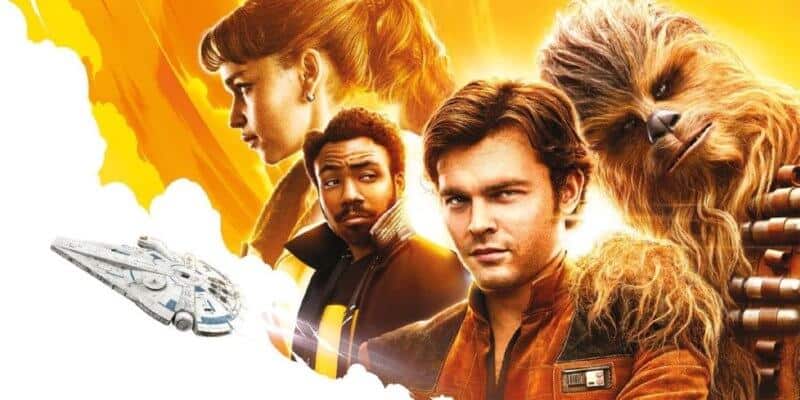 As most Star Wars fans know, “Solo: A Star Wars Story” has been considered by Lucasfilm and moviegoers everywhere to be one of the space-aged company’s biggest letdowns ever at the box-office. However, it seems Lucasfilm may be giving the Han Solo story one last chance with a possible spin-off series on Disney+.

Yes–you read that right, Lucasfilm might be bringing back the story that lead to its biggest failure ever at the box-office in the format of a spin-off. Currently, it seems this report only comes in the form of a rumor. However, given the recent reveal of an Obi-Wan Kenobi series, it wouldn’t be a total shock if Lucasfilm was working on another Star Wars series for the service as there has also been talk of a Yoda-based show on the streaming platform.

Rumor: A Spin-Off of 'Solo' is Planned for Disney+https://t.co/ewUqmBDSed pic.twitter.com/oa71ctbqGs

This new rumor originates from Star Unity Wars, who states the potential series would probably not see a sequel or continuation of Han’s story. However, the report states the spin-off would be set after the events of the movie and probably wouldn’t be about Han, Chewie, or Lando. Instead, it would be some kind of underworld series dealing with the Crimson Dawn or other scoundrels.

Whether or not this series will ever take shape for Disney+ remains to be seen. However, it is worth noting that the incredible lack of success “Solo: A Star Wars Story” brought to the table dramatically changed the way Lucasfilm planned the future of the Star Wars universe, including the decision to take a break all together following the release of “Star Wars: The Rise of Skywalker.” Even though the rumor states the company could be completely altering the series’ original story and characters in this rumored spin-off–it could still be worth questioning if this project is even worth it for the company?

What are your thoughts on Lucasfilm possibly creating a “Solo: A Star Wars Story” spin-off series for Disney+? Let us know in the comments!