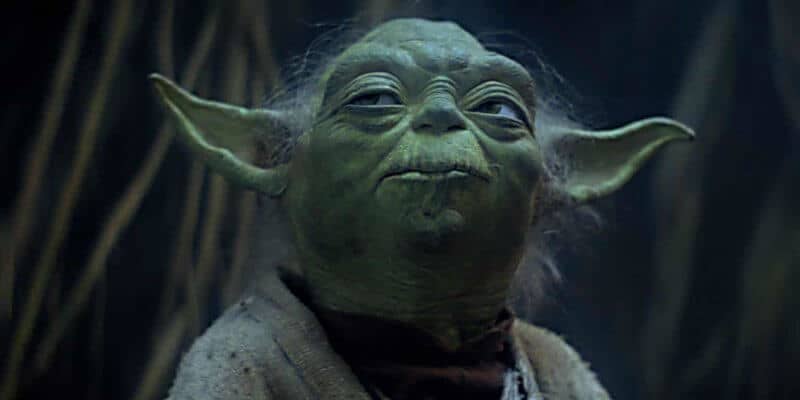 Disney+ is only two months away from its debut and we are already beyond excited for the many original TV shows coming to the streaming service, including “The Mandalorian,” the “Lizzie McGuire” reboot, “High School Musical: The Musical” and a few other fun and exciting titles. However, what if we told you there was another show rumored for the platform–one that could star Yoda, one of the most iconic and wise Jedi masters of all time? Well–according to a new report, this could be a possibility.

This isn’t the first time we heard talk and rumors of other possible “Star Wars” franchised series coming to the platform besides “The Mandalorian” and its upcoming Obi-Wan Kenobi series. However, this new rumor has us looking to the force as its idea would mean all-new stories to come for the legendary master to Luke Skywalker.

According to a rumor from We Got This Covered, it’s believed the project is “still a ways off and won’t be announced anytime soon.” Although, they do share that given that the information comes from the same sources who reported Ewan McGregor returning as Obi-Wan, they say they have no reason to doubt it.

The last time we saw Yoda on screen was in “Star Wars: The Last Jedi.” But, if this new rumor were to be true, his role in the Star Wars franchise could move back to the forefront of the galaxy, which would truly be out of this world!

Of course, at this time this is only a rumor and should only be taken with a grain of salt. But, with this rumor it is worth noting its matter of timing. Disney could be holding off on announcing more “Star Wars” series for Disney+ just to see how “The Mandalorian” will perform on the service. If the lone ranger brings in high view counts for Disney+, the possibility of Yoda getting his own series could become a reality.

What are your thoughts on a possible Yoda TV series on Disney+? Let us know in the comments below!