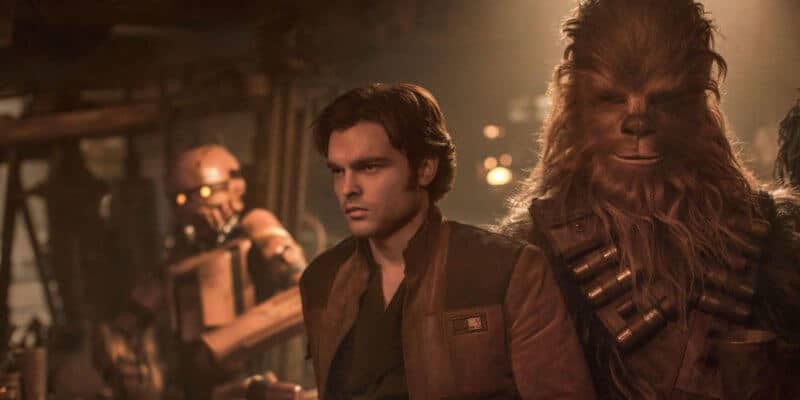 “Solo: A Star Wars Story” may be the least-seen theatrical live-action movie in the “Star Wars” franchise’s forty-one-year history, but by no means does that mean it’s the least watchable. On the contrary, “Solo” (as directed by Ron Howard of Lucasfilm’s “Willow”) is a fun, buoyant departure from the often self-serious tone of Star Wars stories past, and it deserves to be embraced by a larger audience.

That’s why the arrival of “Solo: A Star Wars Story” on home video this month has been such great news: it will (hopefully) broaden the reach of a movie that rose above its well-publicized behind-the-scenes turmoil and delivered a solid, high-flying adventure with younger versions of familiar characters like Han Solo (played here by Alden Ehrenreich of “Hail, Caesar!”), Chewbacca (Joonas Suotamo of “Star Wars: The Last Jedi”), and Lando Calrissian (Donald Glover of “Spider-Man: Homecoming”).

But the best thing about owning “Solo,” the tenth overall film in the “Star Wars” series (and second in the “Star Wars Stories” series of spinoff anthology film)– beyond being able to enjoy the feature over and over again– is the thorough collection of eye-opening bonus features, which includes over an hour’s worth of incredibly informative making-of featurettes and a number of deleted scenes.

After thoroughly exploring everything the Blu-ray set’s bonus disc has to offer, I feel that these enlightening peeks behind the curtain at the massive amount of work that went into bringing “Solo: A Star Wars Story” to the big screen helped give me a new appreciation for the film, and I recommend anyone with an interest in movie-making or “Star Wars” in general to check them out.

The feature film on this disc is presented in terrific-looking 1080p High Definition Widescreen, preserving the movie’s original 2.39:1 aspect ratio, and delivering a better in-home viewing experience than many had in theaters, as contemporary television screens will likely be set at the correct brightness levels. Audio options are also top-notch as expected, with English 7.1 DTS-HDMA being the preferred selection for optimal sound quality.

I’m glad to have “Solo: A Star Wars Story” on the shelf in my home video collection, as I believe the movie does a great job in fleshing out the “Star Wars” saga in-between Episodes III and IV, while giving fans a fun backstory for some of their favorite characters. The Blu-ray set is also worth owning just to experience and understand the effort it takes to assemble a production of this nature. Below, I’ve listed all of the content included on both discs.

“Solo: A Star Wars Story” will be released on Blu-ray disc tomorrow, September 25, and is available now on Digital HD and Movies Anywhere.