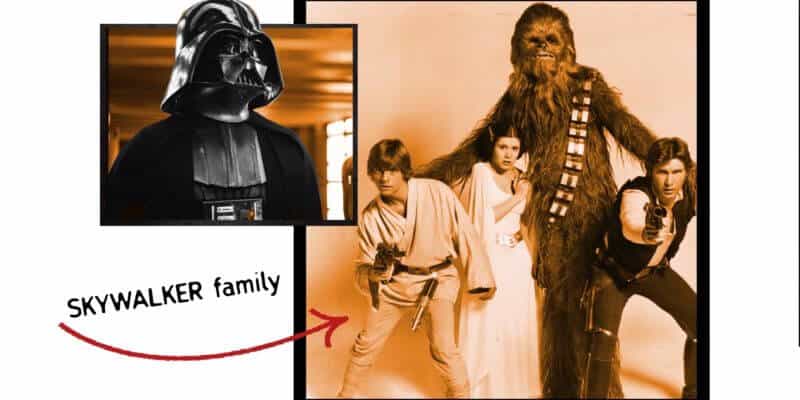 “Now the story of a family that wants to rule the galaxy, and the one son who had no choice but to save it.”

When actor/director Ron Howard stepped aboard the Millennium Falcon to take control of the new “Star Wars” standalone spinoff movie “Solo: A Star Wars Story,” I secretly hoped we’d get at least one good “Arrested Development” gag out of it. Turns out the folks over at “The Star Wars Show,” Lucasfilm’s official weekly Star Wars news webseries, were the first to take advantage of the connection.


As you may know, in addition to helming great movies such as “Apollo 13” and “Willow,” Ron Howard became famous for his roles in the sitcoms “The Andy Griffith Show” and “Happy Days.” He also provides the unmistakable voice-over narration for FOX’s cult-classic sitcom “Arrested Development.” And now Howard has applied his experience with the hapless Bluth family to the story of Luke Skywalker, Princess Leia, and Darth Vader from the original 1977 “Star Wars” film.


“Solo: A Star Wars Story” will be released into theaters nationwide on Friday, May 25th. And “Arrested Development” returns with a remixed fourth season this Friday, May the 4th– AKA Star Wars Day– on Netflix.

…And that’s why you always leave a note.