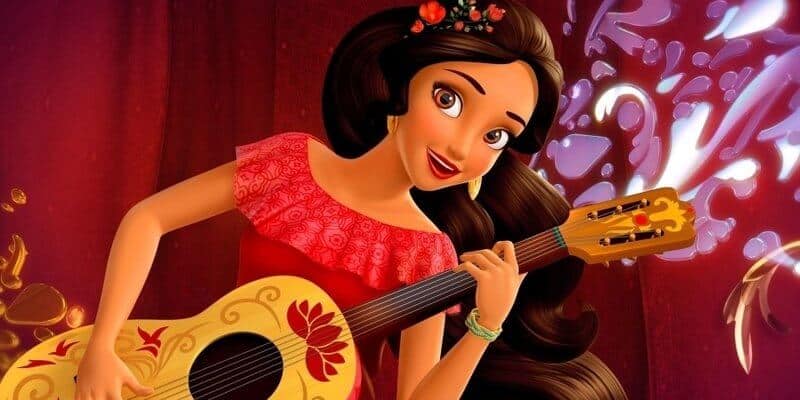 Disney is truly making strides when it comes to representation. The latest news of diverse Disney characters is the announcement of Disney’s first ever Jewish Latina Princess, and we can’t wait to meet her!

Jamie-Lynn Sigler, known for her role in “The Sopranos,” shared her excitement for her new role as Disney’s first Jewish Latina Princess. Sigler will guest star in season three of the hit Disney Channel show “Elena of Avalor,” which follows a Latina princess who Disney fans worldwide have fallen in love with over the past few years.

“I am to voice Disney’s first Jewish princess,” wrote Sigler, who is a Jewish Latina woman herself (her father is Jewish and her mother is Cuban and converted to Judaism).

I am so excited to voice Disney’s first Jewish princess ??‍♀️❤️❤️❤️ https://t.co/TISMnknDyQ

The show is inspired by diverse Latin cultures and folklore, so it’s no surprise that Disney wants to expand that diversity to include an all-new Jewish Latina princess in addition to representing other Latin cultures.

Although we don’t currently know the name of the Jewish Latina princess who Sigler will be playing, we do know when we can expect to see her on television. Fans of “Elena of Avalor” will get watch “a Hanukkah-themed episode, guest-starring Jamie-Lynn Sigler as a visiting princess from a Latino Jewish kingdom, airing in December.”

We don’t have an exact date, but fans of the show and Sigler should keep up with “Elena” news on social media to find out when the Hanukkah episode will premiere.

Disney hasn’t revealed other details about Sigler’s character or the episode we’ll see her in, but we hope that she becomes a recurring character soon after she is introduced in the show. There are probably plenty of young kids out there who have been waiting to see some Jewish and Jewish Latino representation in their favorite Disney shows, and this sounds like a great start.

What do you think of Disney’s new Jewish Latina princess? Let us know in the comments!