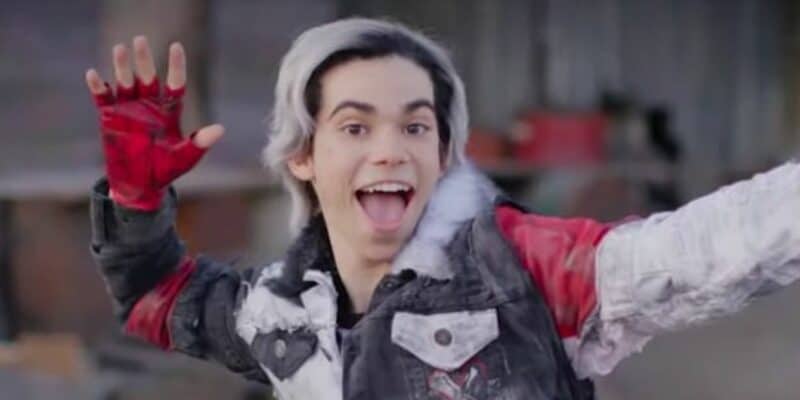 Disney star Cameron Boyce continues to leave a strong, heartfelt legacy with fans. From his memorable quotes to his untimely death, Boyce made an impact that resonates to this day. “If you could bottle up happiness, that was Cam,” Sofia Carson was quoted in a remote interview. “He was pure happiness and pure joy. There will never be any words to describe the pain and how much we miss him. And not much helps except knowing that he lived life with more happiness than anyone I’ve ever known.”

Taking a look at the late actor’s early career, non-profit work, breakthrough roles and his incredible role reprisal of “Carlos,” we see a strong young man that was confident, wise, and imprinted his joy everywhere he went.

During his early years, Boyce was an incredibly talented performer, being featured as a dancer in several music videos and small projects. Soon afterward, he landed a guest-star role on the Disney Channel TV show Good Luck Charlie. He also had a bit role in the movie Judy Moody and the Not Bummer Summer.

Cameron Boyce then landed a starring role on the Disney Channel show, Jessie in 2011. Playing the role of Luke Ross, “a laid-back, flirty, crafty boy who was born in Detroit and has a passion for video games, break-dancing, and causing mischief around the penthouse while also being sarcastic at times.” The role was created for Boyce when producers noticed his extraordinary artistic talents. The show ran for four seasons with 98 episodes and gained Boyce thousands of dedicated fans.

Later, in 2015, Cameron Boyce went on to star in the Disney Channel Original Movie Descendants, in which he played Cruella de Vil’s son, Carlos. He reprised this role in both Descendants 2 and Descendants 3, the latter of which was released after his death.

According to the coroner’s report, Boyce was found unresponsive in bed at his North Hollywood home on July 6. Upon finding Boyce, his housemates called 911 and were instructed to pull Boyce off the bed to perform CPR, according to the report. Paramedics rushed to the scene and declared his death at 2:35 p.m.

When the coroner finally ruled on the recent passing of 20-year-old Disney Channel star Cameron Boyce, it was three weeks after his passing, and they were reporting the cause to be an “unexpected death in epilepsy.” A full autopsy report shared by the Daily News lists a toxicology screening that found only seizure medication in his system. In a statement by the Los Angeles County Department of Medical Examiner-Coroner, they officially revealed the cause of Boyce’s death Tuesday, stating: “On July 8, an autopsy was performed, and the cause and manner of death were deferred. After additional testing, the cause of death was determined to be sudden unexpected death in epilepsy.” The statement continued: “The manner of death was certified as natural.” The full report states Boyce “was last known to be alive a little past midnight on July 7, 2019.” “Housemates were leaving later in the day when they decided to check on him. They found him supine in the bed with his head and torso over the side,” the report said.

“There was no apparent trauma. Foul play is not suspected,” the autopsy report said. According to the report, Boyce “developed non-traumatic epilepsy about three years ago. Over the years, he had several major seizures, normally months apart.”

Following Boyce’s death in 2019, The Cameron Boyce Foundation was founded by his family, advocating for epilepsy awareness and supporting Boyce’s passions, such as homelessness, gun violence, and the global water crisis. The Cameron Boyce Foundation also provides “young people artistic and creative outlets as alternatives to violence and negativity and uses resources and philanthropy for positive change in the world,” according to its website.
Even prior to Boyce’s passing, Disneyland had been observing Epilepsy Awareness Day. Epilepsy Awareness Day at Disneyland is an annual event operated by the Irvine-based non-proﬁt foundation, Soﬁe’s Journey. The foundation “wanted to create an opportunity to drive epilepsy awareness, with awareness the key to overcoming challenges created by epilepsy,” stated Candy Levy, the non-profit’s co-founder, in a press release for the 2017 event. “At our event, we bring together patients, physicians, advocates, non-proﬁt, services, pharma, and [in 2017] we had a large section of the convention facility for people to meet their possible and future service dogs.”

Cameron Boyce has left an incredible legacy, both within the Disney community and outside. His relatively short-lived career was so successful that he gained legions of dedicated fans, and those fans continue to honor his legacy. The production team within Disney’s Descendants franchise honored Boyce with a tribute in the recent Descendants: The Royal Wedding animated special that aired on Friday, August 13, 2021. The tear-jerking moments remembering Boyce in the special nodded to the fact that the stars never wanted to create another VK film without Carlos (Cameron Boyce).

While it’s true that Disney has heavily hinted at a Descendants 5 special, it may very well follow the stories of other characters such as Alice in Wonderland and leave the original villain kids to rest.

Quotes from Cameron Boyce on Acceptance and Dedication

Late actor Cameron Boyce was obviously an old soul in a young man’s body. His mother reflected on his constant seeking of wisdom and learning. “He used to say to me, ‘Share your wisdom, Mom. Share your wisdom with me,'” she said. “Who says that as a kid?” she added. “And I would, and he would listen, and he would take it in, and you would see him implement the things we shared with him that we wanted him to think about as a young adult.”

And wisdom is what she gave him. Cameron Boyce reflected on learning from his mother, “The best advice my mom probably gave me would just be to take the good from certain scenarios. Recognize the bad and do your best to cut it out, and then take whatever good you feel from, whether it’s a person or a scenario, and run with that as opposed to the negative.”

That certainly speaks to his dedication towards anything he wanted to do.  His advice to others wanting to affect change is that “many people have the heart to give back, but a lot don’t know how to. I try to be the bridge for those people – whether that means getting them involved in one of my campaigns or inspiring them by showing them a blueprint of how to get others engaged.”

Looking back on those who have influenced him, Cameron Boyce remembered his co-star, Dove Cameron. “I know a lot of people who inspire me to be better. I think the person that I was really taken with, was Dove [Cameron], honestly. The way she, sort of became, was cool to watch. And I took a lot from her.”

Do you continue to appreciate Cameron Boyce’s legacy? Which of Boyce’s roles was your favorite? Leave us a comment below!