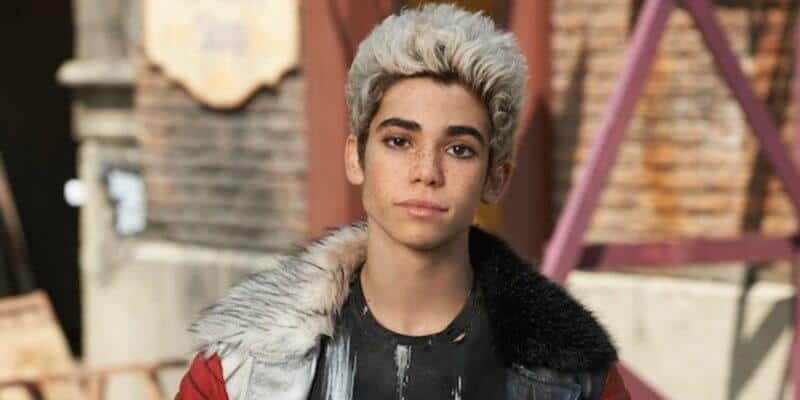 For fans of Mal, Jay, Carlos, and Evie, the animated special that debuted on Friday the 13th of August was not to be missed. Disney’s Descendants: The Royal Wedding was long-awaited as the fourth film of the Descendants franchise, following the original 4 VK kids through their trip from the Isle of the Lost to Auradon.

Here, we got to see Mal and Ben’s wedding, as well as a tearful tribute to the late Cameron Boyce, who played Carlos.

Cameron Boyce tragically passed right as the third Descendants film was debuting on The Disney Channel. Before the film aired, producers added a tribute slide and mention of the actor, who became beloved by fans everywhere. After his passing, several of the franchise actors mentioned they would have trouble participating in another film without the essential Carlos (Cameron Boyce).

As the group agreed to produce an animated feature without Boyce, the Instagram video-style announcements had the internet swirling.

The result of the announcements was an animated special, entitled Descendants: The Royal Wedding. The 22-minute special featured many of the characters we know and love and essentially wrapped up their stories with this finale. True to their word, Disney added a tribute to Cameron Boyce via a remembrance between the other original 3 villain kids.

The moment (also seen in the full clip below) shows a conversation between Jay, Evie, and Mal, right before the wedding festivities. Mal is choked up thinking of Carlos being absent and is consoled by her long-time friends and needs to reflect.

In honor of the occasion, and to commemorate their friendship and Carlos’s memory, Jay presents her with a charm bracelet featuring all the Descendants VK crests: the Bitten Apple (Descendants as a cast), Cobra (Jay), Crossbones (Carlos), Double Dragon (Mal), and Crowned Heart (Evie).

After a tearful moment, the trio hugs. It’s a moment that will tug at your heartstrings and possibly bring tears to your eyes. VKs forever.

Via the Disney Descendants 3 Instagram channel,  we get a full look at Carlos’s tribute in the new animated special, Descendants: The Royal Wedding. The caption reads, “Carlos will always be in our hearts 💜 #DescendantsRoyalWedding #WatchOnDisneyChannel”

Stay tuned to Inside the Magic for more Descendants franchise news, as it looks like the series is not yet finished with stories from other characters!

What were your feelings watching Cameron Boyce’s tribute in the latest feature? Leave us a comment below!