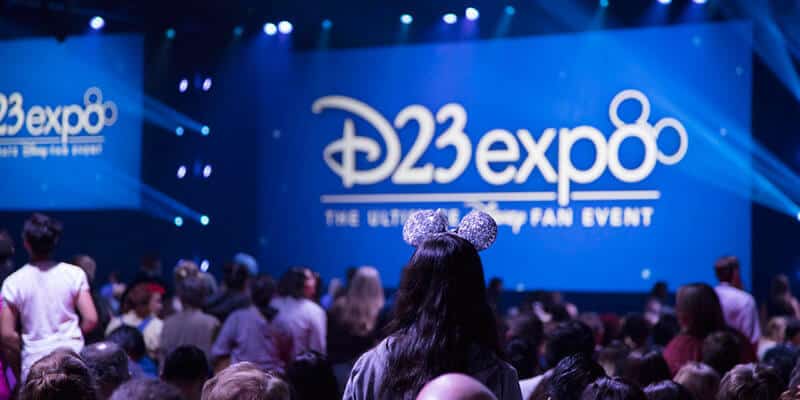 As we draw closer and closer to yet another D23 Expo, we begin to learn more and more about the exciting things that await us! And from what we know now, there will be three experiences designed to give us a look into the art, music, and voices of Disney animation. Here they are, listed in order of appearance.

A Musical Celebration of “Aladdin”

Join the original Aladdin and Jasmine (Scott Weigner & Linda Larkin) as they host a celebration of both the in-home release of the live-action remake and the Walt Disney Signature Collectors’ edition of Walt Disney Animation Studios’ original 1992 movie. Weigner and Larkin will be joined by another Jasmine (Deedee Magno Hall from Disney’s “Aladdin – A Musical Spectacular”), and two more Aladdins (Brad Kane, Aladdin’s original singing voice, and Clinton Greenspan, the next “Aladdin” on Broadway). Other special guests will include the choreographer of the “Aladdin” remake, Jamal Sims, Lillias White from Hercules, and Norm Lewis from “The Little Mermaid” on Broadway.

Disney characters would not be who they are today without the amazing voices that bring them to life. For the past 30 years, the integrity of each character’s voice was and continues to be overseen by Disney Character Voices, Inc. Character Voices SVP Rick Dempsey leads this event, and he will be joined by a lineup of iconic voices including but not limited to Tony Anselmo (Donald Duck), Bret Iwan (Mickey Mouse), Bill Farmer (Goofy and Pluto), Jodi Benson (Ariel), and Linda Larkin (Jasmine). More voices are expected to be announced the closer we get to D23.

Two Worlds One Family: The Making of “Tarzan”

Grab a jungle vine and swing back twenty years as we take a behind the scenes look at the Walt Disney Animation Studios’ Classic. Guests at this event include “Frozen 2” director Chris Buck, “Enchanted” director Kevin Lima, and Disney producer Bonnie Arnold. Also making an appearance will be Disney animators Ken Duncan and Bruce W. Smith, and Disney Legend Glen Keane. This event is capped with a special performance by Walt Disney Records’ artist Matthew Morisson, giving us a preview of his upcoming album.

There is always something for every kind of Disney fan waiting at D23 Expo. For those who deeply appreciate the story, music, animation, and characters attached to Disney movies, these are definitely three must-sees.

Are you attending D23 Expo this year? Which of these events are you most excited to attend? Let us know in the comments!

Comments Off on Celebrate the Music, Animation, and Voices of Disney at D23