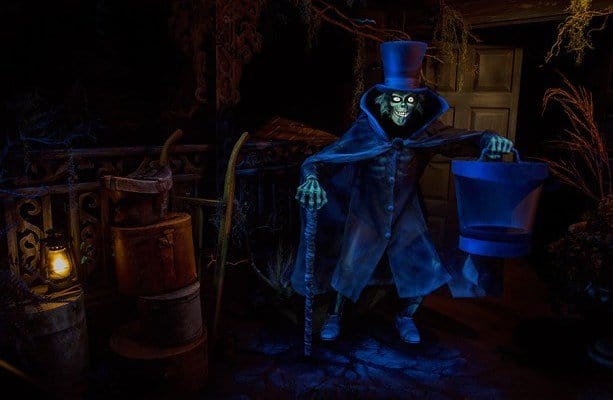 Walt Disney Company, with its impressive selection of enchanting entertainment, has been amazing families for over ninety years. As the company’s anniversary (October 16, 1923) aligns with Halloween, a closer look its darker, creepy cool characters are in order. 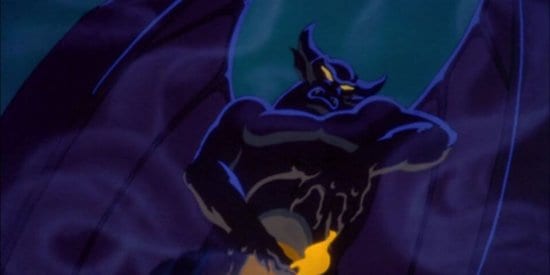 A villain vexed by a monster clock eating crocodile, Captain Hook is at home among other villains on stage dark rides (Peter Pan’s Flight).

Due to his deliciously dark performance in “Fantasia” (1940), Chernabog, the Slavic God of Evil, is eternally associated with Modest Mussorgsky’s dark classical music masterpiece, “Night on Bald Mountain.” This Slavic god of evil has also been spotted in Disney’s Halloween takeover “House of Villains,” and is due to star in his own feature film.

Doctor Facilier and his friends from other side appear at Disney parks in shows and character greetings. This wicked witch doctor first joined the Disney villain club with his appearance in “The Frog Princess” (2009).

Jealousy brings out the witch in this wicked wonder. Poison apples and magic mirrors, the tools of her trade, spell trouble for Snow White, as seen in Disney’s first animated feature film and “Snow White’s Scary Adventures” fantasyland attraction.

This beheaded Colonial mercenary monster leapt from the pages of Washington Irving’s 1820 story, “The Legend of Sleepy Hollow” into movie theaters (1949).  Mounted upon his dark steed this ghoulish gourd carrying creature now leads Halloween parades and has his own special Fort Wilderness event.

Mistress of Evil, Maleficent, is one villain who should not be left off the guest list. From her magical transformations in 1959’s “Sleeping Beauty” to her live-action feature (2014), along with attractions, “Keepers of the Kingdom books and more, she’s considered one of Disney’s most powerful villains.

The final four phantoms in our fear fed fascination of favored creepy cool creatures from the wicked world of Walt Disney come from that infamous ghostly retirement home better known as the Haunted Mansion.

“Missing” from Disneyland (California) for over 40 years, this mysterious manifestation found himself in various books, recordings and rumors until his attic reunion at the attraction in 2015.  Guillermo del Toro’s eagerly anticipated Haunted Mansion movie will also feature the head swapping spirit.

Constance Hatchaway’s evolution from faceless phantom tucked away in the Haunted Mansion’s attic to black widow bride gave this ghost many faces over the years. Now part of a more cohesive theme, her numerous (and late) husbands tend to vanish from wedding phototrophs found in the Mansion’s attic.

An animated tricky tombstone tells the fortune of this powerful psychic. Eternally haunting within the mansion as a floating phantom, Madame Leota signals the arrival of 999 haunts ahead.

Disney’s creepy cool characters bring fiendish fun and exciting eerie atmos-fear to Halloween. Of course, there are many more monsters to found in the realm of Disney entertainment; these thirteen happen to haunt the charts here at Inside the Magic. 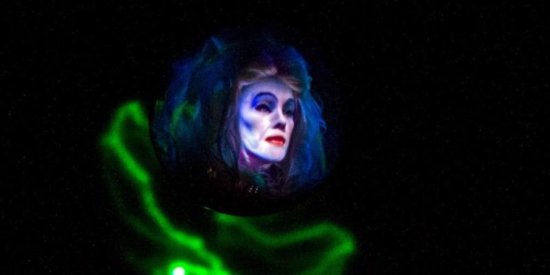 Which Disney character creates creepy cool chills for you?  Please share your favorite frights in the comments.

Comments Off on 13 Favorite Disney Villains and Creepy Disney Characters