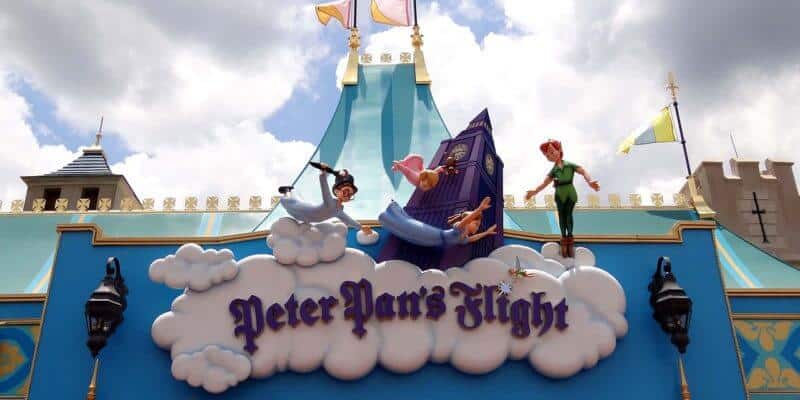 As part of Disneyland’s opening attractions, Peter Pan’s Flight has been a fan-favorite since day one (July 17, 1955).  A testament to that popularity, the ride appears in five out of six Walt Disney Company run resorts around the world.

In celebration of the 65th anniversary of Disney’s 14th animated feature film, “Peter Pan,” a return to  Neverland is warranted.  One of a handful of amazing attractions to reside at several different Walt Disney theme parks, this Fantasyland flight continues to delight guests of all ages.

As a fond memory and favorite of Walt Disney’s youth, it was inevitable that a flight over London and onward to Never Never Land would make an appearance in his first theme park.  Walt actually took to the air himself in performance during a school production of the story.

Just over three years after the debut of Disney’s 1953 “Peter Pan” film, guests would be offered that same opportunity to soar into the night sky and witness scenes from the movie. The attraction amazed guests with music and scenes from the classic film.  However, since it intended to put riders into the point of view of the boy who refused to grow up, Peter Pan himself was absent from early versions of the attraction (Disneyland and Walt Disney World). 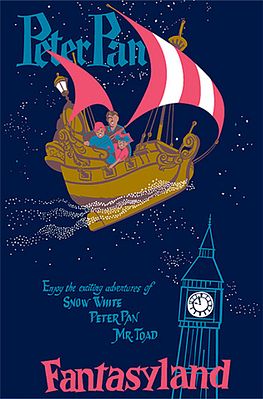 Renovations to Disneyland’s Fantasyland (1983) saw the addition of Skull Rock and the character of Peter Pan added to the attraction.  At both Disneyland and the Magic Kingdom, a new scene depicting a final sword fight between Captain Hook and Peter Pan was added. 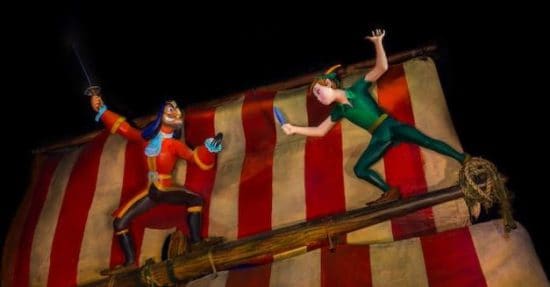 Except for Hong Kong, all of the Walt Disney Company’s theme parks have their own version of this journey to Neverland.  Located within Fantasyland at all 5 resorts, each attraction welcomes fans aboard a magical flying pirate galleon. 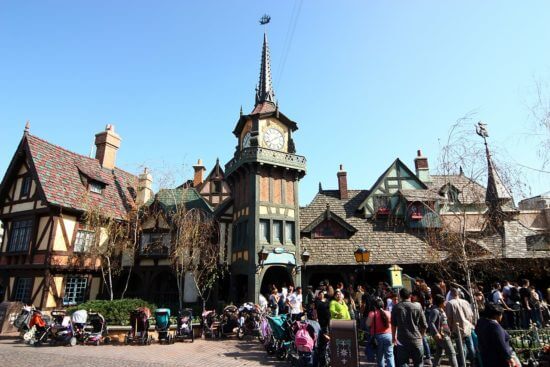 Once on board, their ship sets sail and riders travel through the Darlings’ room, out the window, over London and onward to Neverland.  Along the way, riders encounter Captain Hook and his nefarious band of pirates, the Lost Boys, and the Hook-hungry crocodile Tick-Tock. Familiar scenes like Neverland’s volcano, Skull Rock, Mermaid Lagoon, and Indian Village are easily spotted during the journey. 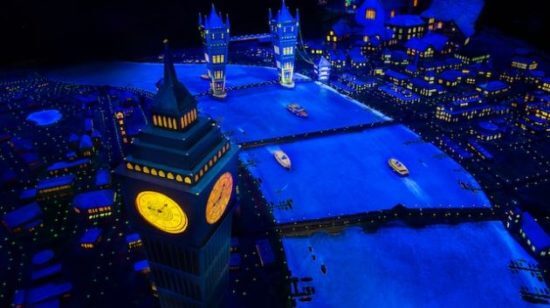 With recently updated effects and newer animatronics added in 2015, this original incarnation of the attraction continues to set sail towards the second star to the right and straight on to morning.

The attraction opened with the Magic Kingdom in 1971.  Similar in style to its West Coast sister, this version has larger animatronics, and a full 48-foot Captain Hook pirate ship. An interactive queue was added to the attraction in 2014. Wait times at this very popular dark ride are rarely less than an hour, but FastPass is available.

Additional digital effects (added in 2016) set this version apart from its United States counterparts.  As with all other variations, pixie dust powered pirate galleons depart from the attraction’s Fantasyland location.

Providing a better chance for families to ride together, four-seat ships (instead of the usual two), give greater guest capacity. Offering a slightly longer experience than its predecessors, riders in Paris enjoy an approximate flight time of 3 minutes.

Like Paris, Shanghai’s ride features larger pirate galleons. Peter Pan’s Flight in Shanghai‘s Fantasyland can accommodate up to four guests at a time. With all modern mechanics from inception, Shanghai’s ships have the ability to change speed and even stop.  Additional scenes and experiences, along with additional effects, give this attraction added excitement.

With five different “flavors” of Peter Pan’s Flight found around the world, it’s easy to see this dark ride’s attraction.  Rarely is there ever a short queue to enjoy the experience (with maybe the exception of the close-to-park opening and closing times). 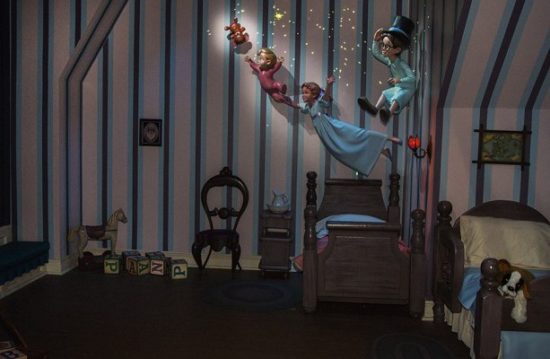 How many variations of Peter Pan’s Flight have you enjoyed?  Which is your favorite? 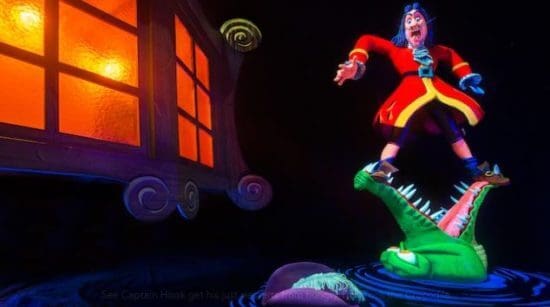