In 2014, Walt Disney World opened a new area of Peter Pan’s Flight, taking Guests waiting in line through the bedrooms of Wendy, John, and Michael Darling. While fun to pass through, these new queue rooms were destined for much more Disney magic, as revealed a few months later in January 2015.

The Magic Kingdom’s Fantasyland attraction got a hefty sprinkling of pixie dust as Guests were given the ability to interact with impressive new effects in the ride queue. Following Peter Pan’s lead, Guests’ shadows appear on one wall, enhanced with fluttering butterflies that will perch on fingertips, dangling bells that can be rung, and even character costumes that can be “worn,” including that of Captain Hook.

Guests can also release Tinker Bell from being trapped in a lantern, sending her flying around the room, making props come alive, moving, shaking, and lighting up as she passes through.

There’s so much variety in these effects that Guests could easily stand there entertained for at least half an hour, a fantastic new way to pass the time while in one of the most consistently long lines in the park. Highlights of these interactions and effects can be seen in the video below. 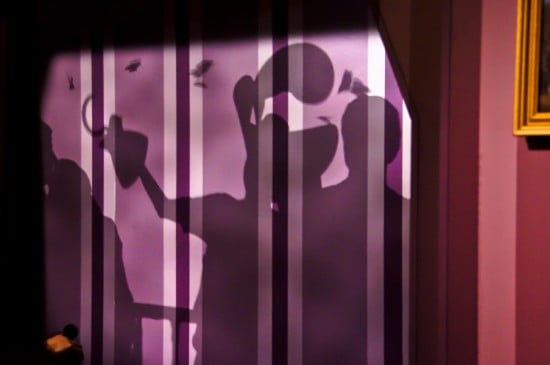 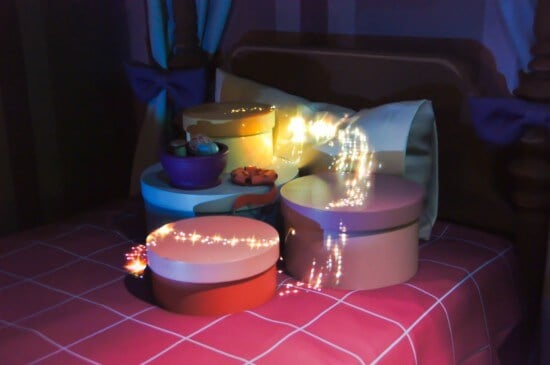 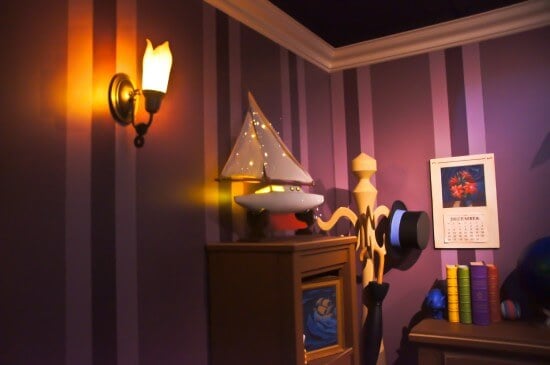 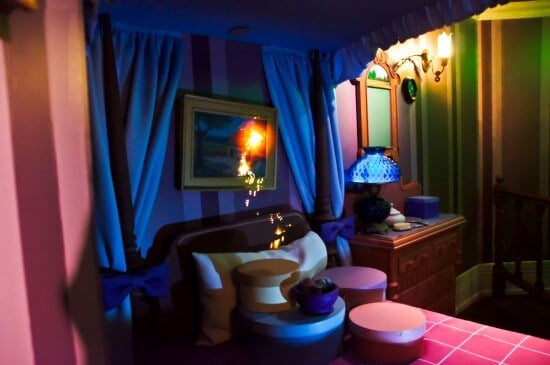 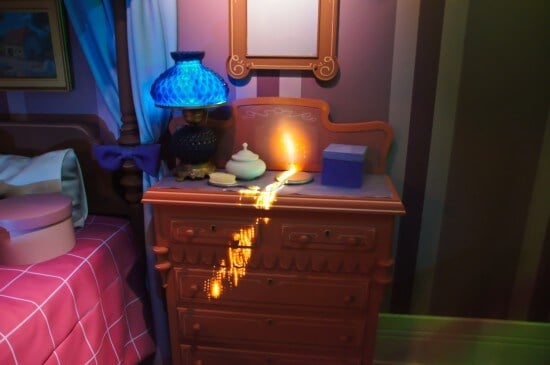 The interactive queue for Peter Pan’s Flight is part of a series of additions to make Guests’ time spent in line at Walt Disney World more enjoyable. Space Mountain, Big Thunder Mountain, and The Haunted Mansion are just a few of the classic attractions that have received this treatment in recent years. And the shadow effects in Peter Pan’s Flight seem to be an evolution of the technology behind the animated Hitchhiking Ghosts added to the finale of The Haunted Mansion in 2011, which also interact with Guests’ own images in real-time.

Disney’s Imagineers continue to push the limits of technology to create new magic, and their achievements in the queue of Peter Pan’s Flight are among the most impressive. The effects are simple but incredibly effective and will undoubtedly entertain thousands of Guests every day for many years to come.

You can reserve a FastPass+ for Peter Pan’s Flight, but you may not want to miss out on the pixie dust-powered interactive fun in the ride queue.

CLICK HERE to buy Peter Pan Merchandise only on ShopDisney.