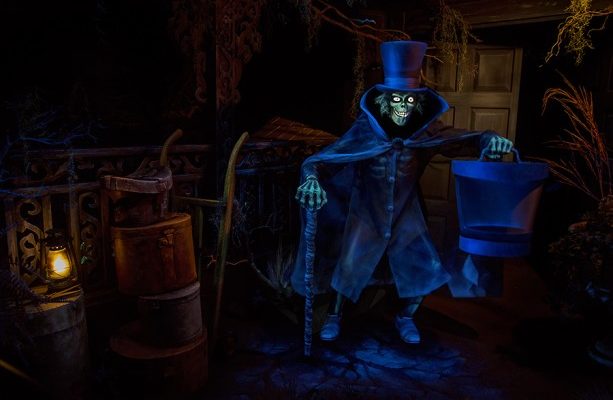 There’s no secret that the Haunted Mansion is one of Disney theme parks’ most favored attractions. With dedicated souvenir shops and one of the earliest of the company’s attraction based movies, Walt’s retirement home for ghosts and its 999 dearly departed residents enjoys a supernatural success.

Found in a different land at each of its ethereally established experiences, the Haunted Mansion hosts a deliciously dark and diverse selection of spooky scenes. Of these mirthfully macabre manifestations, six ethereal examples find fiendishly fun favor and will materialize below. 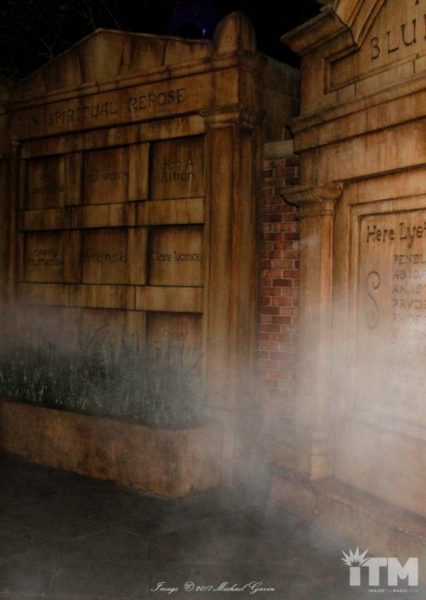 With a deviation from spooky standards set forth in the past three incarnations, Phantom Manor and its departure from a well-kept exterior escapes the established norm. Thanks to a varying storyline and tormented tie-in with Thunder Mountain, this dark ride replaces haunted tombstones with a grand, ghoulish ghost town.

After a short spook at Disneyland in 1969, this classic creepy creature took a rather lengthy haunting hiatus. With enhanced eerie effects, the Hatbox ghost reclaimed his attic perch in 2015. This sinister spirit projects paranormal peril with his sinister smile as it fades from under his hat and into a handheld hatbox. Some say he’s even responsible for a deadly tumble from attic to cemetery.

The addition of the ever resourceful rag doll Sally to Tokyo’s Haunted Mansion Holiday overlay adds a whimsical touch to the haunted music room. This brightly colored creature brings a bit off boo-tiful brightness to the otherwise dark scene.

Equally as exciting is Sally’s cemetery appearance in California’s version of the Haunted Mansion Holiday:

When Walt Disney World’s Haunted Mansion rematerialized from its refurb in 2007, updated audio added depth to a classic entry gag. Already famous for its four foreboding stretching portraits, this doorless, windowless chamber not only offers the classic chilling challenge of finding a way out; audio enhancements allow the invisible ghost host to seemingly float across the room. Groaning and creaking wood accompany a slowly rising ceiling. After the premature frightening, candle clasping gargoyles whisper exit encouragements.

Once part of its twin terror in Florida, Tokyo’s Haunted Mansion retains an arachnophobe’s worst nightmare. Lurking within the sinister spiderwebs occupying either side of the ascending staircase are enormous eight-legged creepy creatures.  On a personal note, these scary super-sized spiders remind of long-gone childhood macabre memories of riding in a Walt Disney World doom buggy. 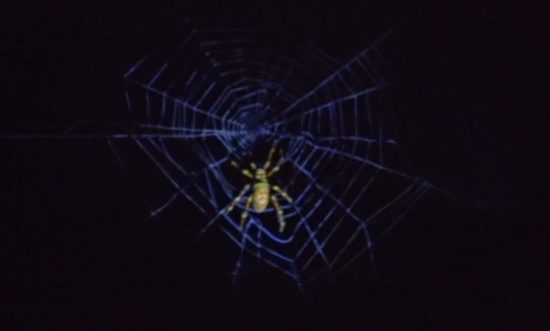 From a prankish poltergeist pun fest to spirited spouses of Blackbeard, this trio of tombs provides a perfect epilogue to the eerie yet enjoyable experience’s exit. Walt Disney World’s Haunted Mansion gives gleeful ghostly groaners on the first two of these burial bunkers. Punishing wordplay forever marks the final resting place of residents like C.U. Later, Pearl E. Gates, Rusty Gates, Manny Festation, Wee G. Board, and others. Perhaps if these creepy crypts were unsealed they would reveal nothing but funny bones?

Six spooktacular scenes stand out among the many mischievous Mansion manifestations of Disney’s Haunted Mansion. Add in special events like Mickey’s Not So Scary Halloween Party and the list looms longer with the atmos-fear-ic addition of interactive spirits haunting the Mansion’s front lawn or cadaverous harmonizing haunts spookily serenading guests. Either way (or perhaps my way) there really isn’t an unfavorable moment in this ghostly retirement home.

There’s always room for one more.  What is your favorite fiendishly fun find at Disney’s Haunted Mansion? Inscribe your endearing epitaph in the comments below.