2015 brought many improvements and changes to the Walt Disney World Resort. While some left fans are sad because goodbye is never an easy word, many new experiences left us with even more anticipation for what’s to come in the future at WDW.

Overall changes that have been applied to all parks include the official ban of selfie sticks. In addition, though undetermined if this change will last through the holiday peak season, metal detectors have also been added to the entrance.

Sadly, Captain EO closed at the end of this year and was quickly replaced with the Disney & Pixar Short Film Festival.

The Three Cabelleros received new animatronics on the Gran Fiesta Tour in Mexico. Check it out below!

At Disney’s Hollywood Studios, the Force has taken over. Star Wars everything and everywhere! With the announcement of Star Wars, Weekends being canceled came the opening of Launch Bay, a new Star Wars experience. At Launch Bay, Guests can meet Chewbacca and Darth Vader and stop in at the Cantina and grab some blue milk.

Another change at Hollywood Studios was completing the removal of Mickey’s Sorcerer Hat that once sat in front of The Great Movie Ride.

We said goodbye to the Backlot Tour, Magic of Disney Animation, as well as The Osborne Family Spectacle of Dancing Lights.

If you are on Sunset Boulevard, be sure to stop in at the new Club Disney experience. Rumor has it that this building has the fastest wifi connection to go with their handy charging stations!

Thirsty River Bar and Trek Snacks recently opened and have so many different snacks to try! Trek Snacks eatery offers various pastries, including croissants and muffins, during the morning and options for later in the day with sandwiches, sushi, fresh fruit, and more.

Harambe Market opened earlier in the year and featured African-inspired food and design.

Animal Kingdom is also continuing preparation for the opening of Pandora – The World of Avatar, which is expected to open in early 2017, and they plan to open a new restaurant called Tiffins in 2016.

One of the biggest changes in Magic Kingdom was the new turrets that frame Cinderella Castle. 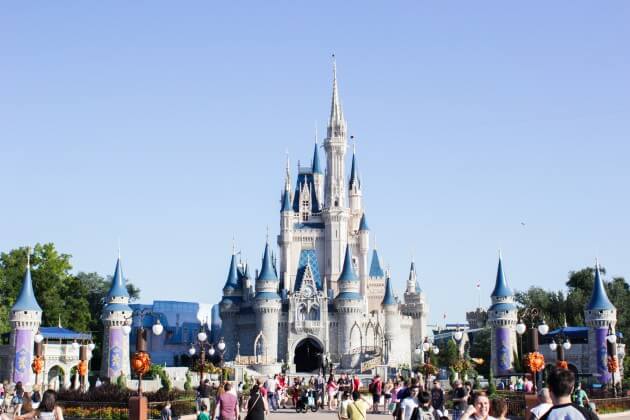 In Magic Kingdom dining, the popular pork shank was removed from the menu at Gaston’s Tavern. The Skipper Canteen restaurant opened in Adventureland, while Tortuga Tavern updated its menu with new tasty meals!

Check out more of Skipper Canteen below:

Another debut was during Mickey’s Not So Scary Halloween Party. The Sanderson sisters returned to celebrate the season in the new Hocus Pocus musical in front of the castle during the special event.

The addition of Morimoto Asia, The Ganachery, and Jock Lindsey’s Hangar Bar are just a few new things to add to your experience at Disney Springs. Be on the lookout for even more restaurant openings in 2016!

Here is a video tour of Jock Lindsey’s Hangar Bar if you hadn’t checked it out:

Another great addition is the exit ramp from I-4 that leads directly to the Disney Springs parking garage and ground parking entrance.

So many new attractions and experiences for Guests to expect in 2016! Here’s to always moving forward, just like Walt said.