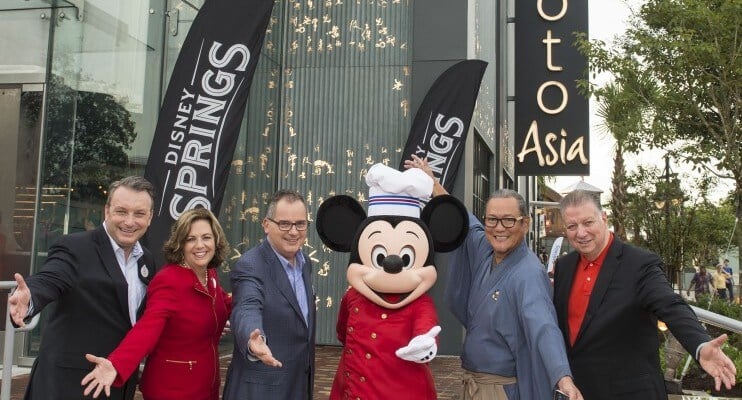 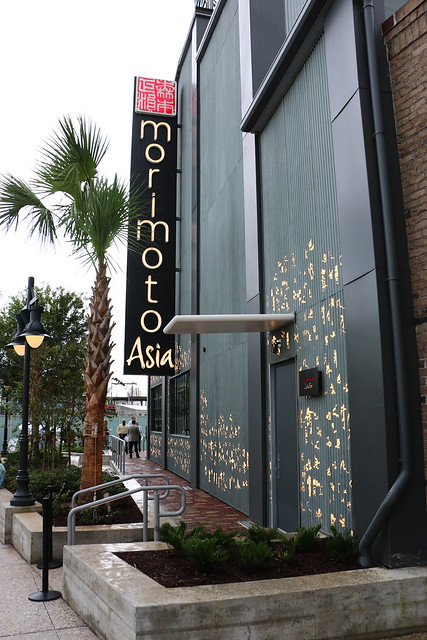 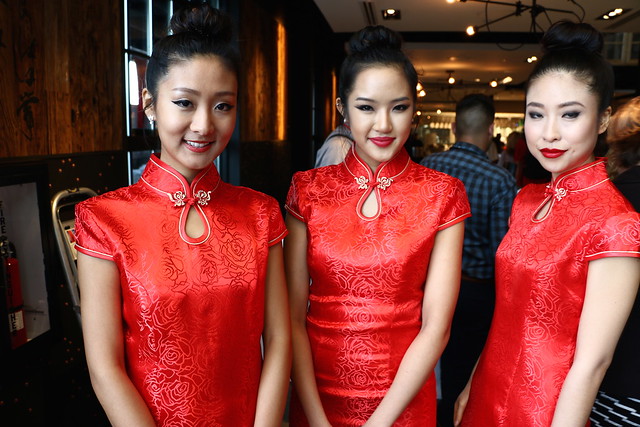 In attendance at the new restaurant’s grand opening were the Iron Chef himself Masaharu Morimoto as well as Walt Disney World president George Kalogridis and, donning his own chef outfit, Mickey Mouse.

Later, Morimoto filleted a huge tuna before turning it into a 60-foot long sushi roll with the assistance of attending press and VIPs along with Mickey.

The super fresh sushi was served as an entree to all in attendance at the grand opening between samplings of the new restaurant’s signature drinks, appetizers, and desserts. Among the best starters and dim sum served at the grand opening were the tuna pizza (deliciously crunchy) and shumai (perfectly steamed). 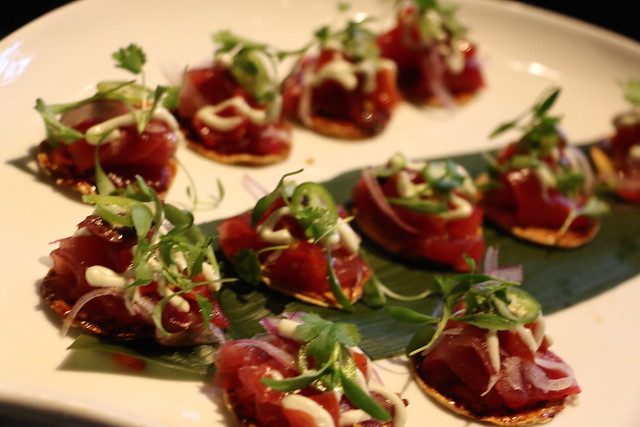 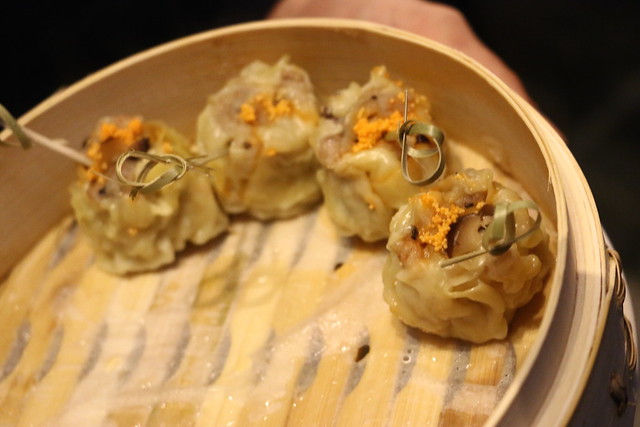 Naturally, all the sushi served at Morimoto Asia is made fresh and is perfectly prepared. The main kitchen is downstairs, open for diners to see (check out that row of ducks!), and a sushi bar is located upstairs as well. 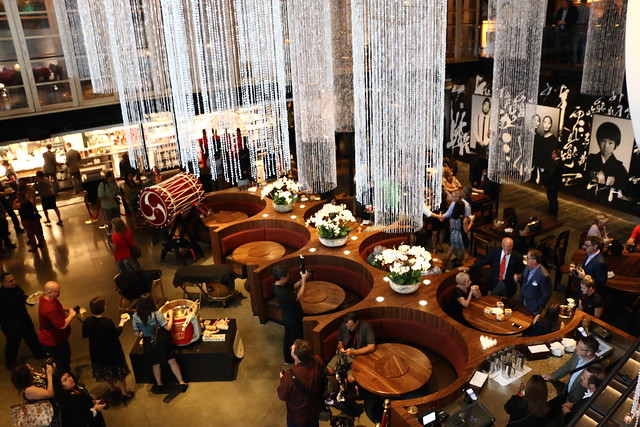 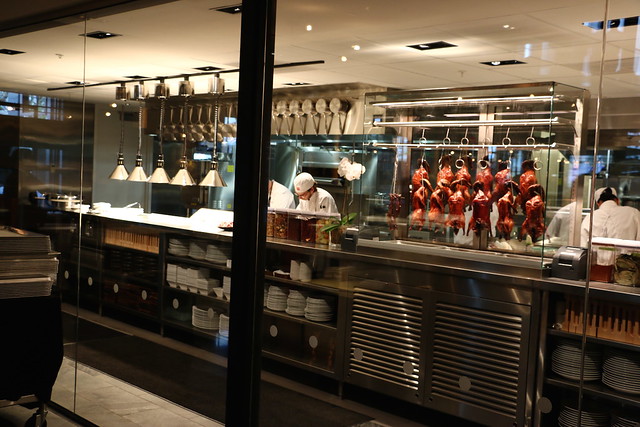 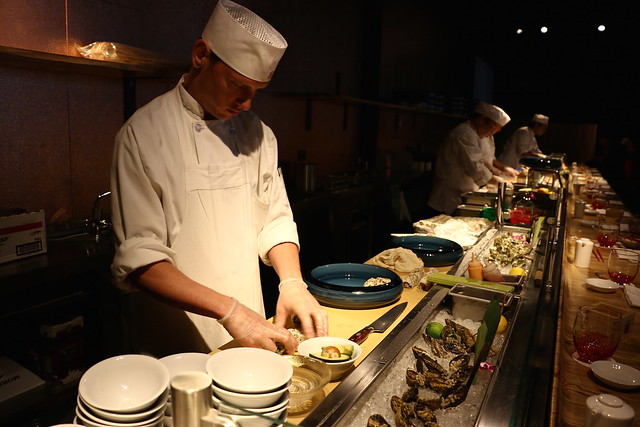 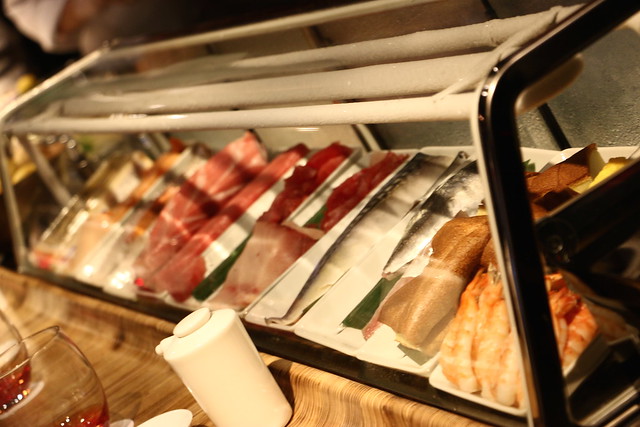 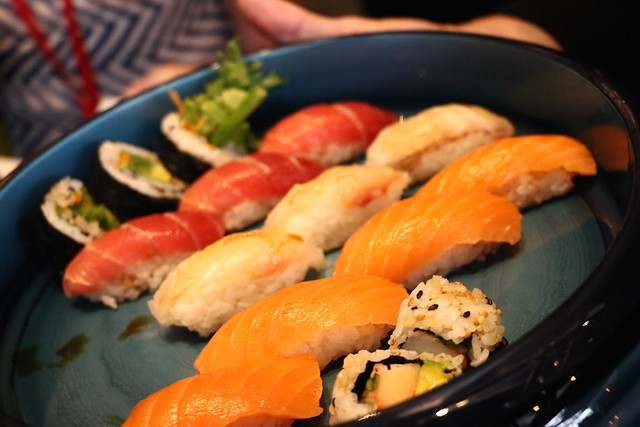 Dessert highlights included an elevated churro and a beautiful presentation of what amounts to a mango pudding, but made much more complex by the expert chef. 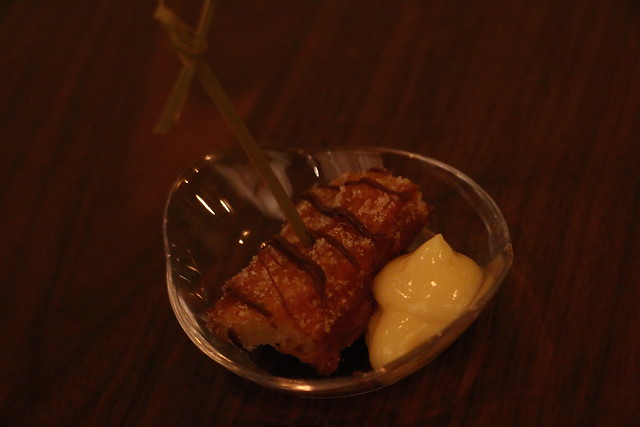 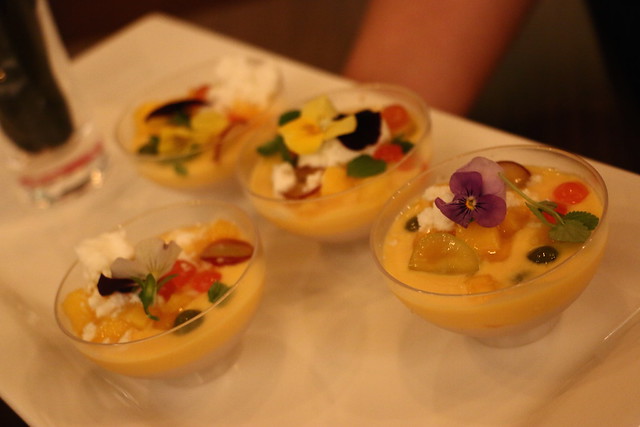 Only a small sampling of the restaurant’s premier entree were served, a wonderfully succulent peking duck. The cuisine of Morimoto Asia is definitely not the same as his namesake restaurant in New York. That NYC restaurant serves gorgeous takes on classic Japanese fare – some of the best food (and priciest) I’ve ever eaten. The new Disney restaurant broadens the scope to encompass all of Asia, blending cultures and cuisines together for a different sort of heightened dining experience. (I will no doubt return soon to try a few of the entrees separate from this event.) The restaurant’s decor is elegant, but welcoming. Private rooms are available for parties and VIP arrangements, sectioned off by curtains or sliding frosted glass panels with a distinctly Chinese flair. 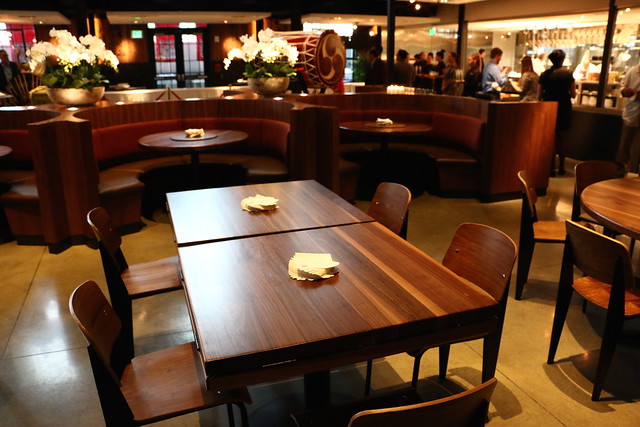 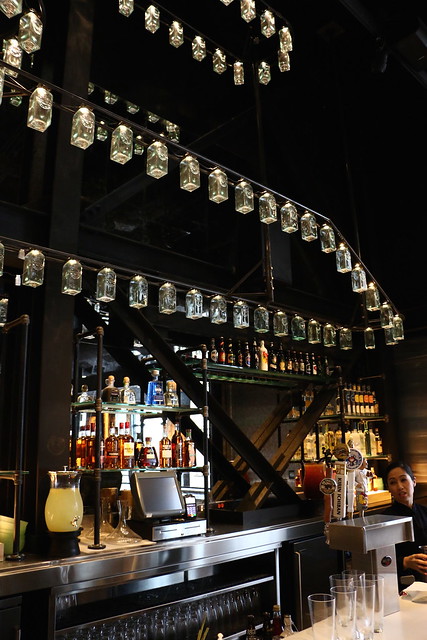 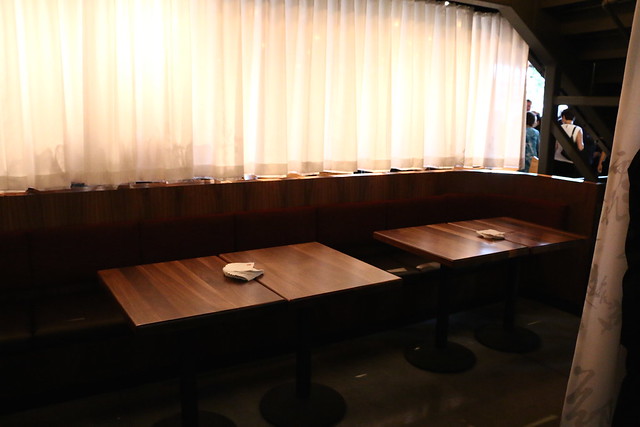 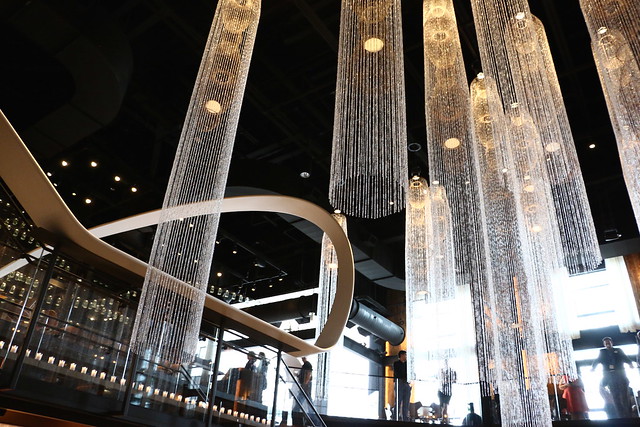 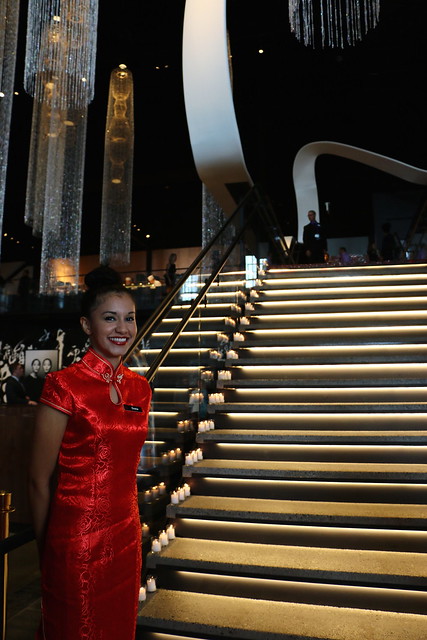 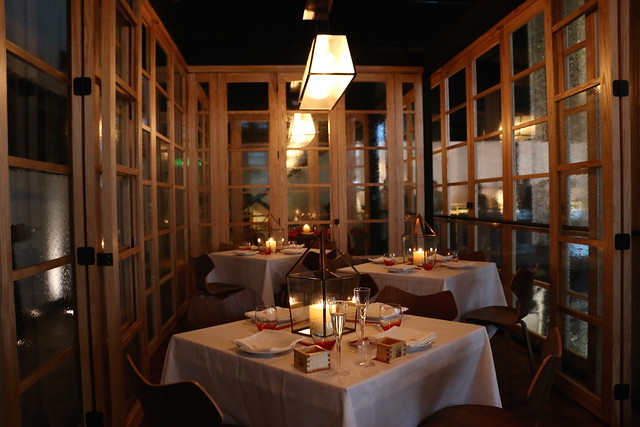 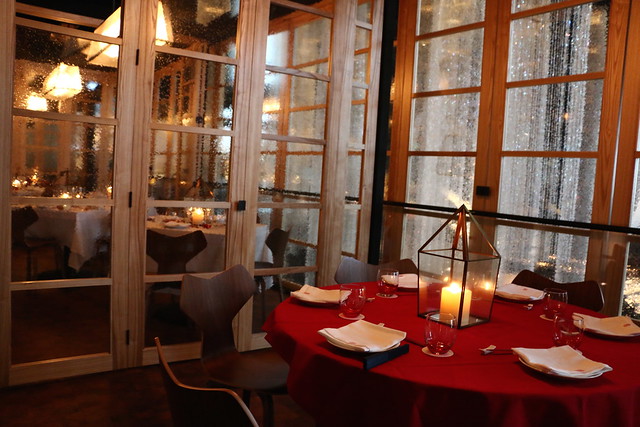 Though he doesn’t speak English well, Chef Morimoto was kind and happy to take photos with his fans at the grand opening. 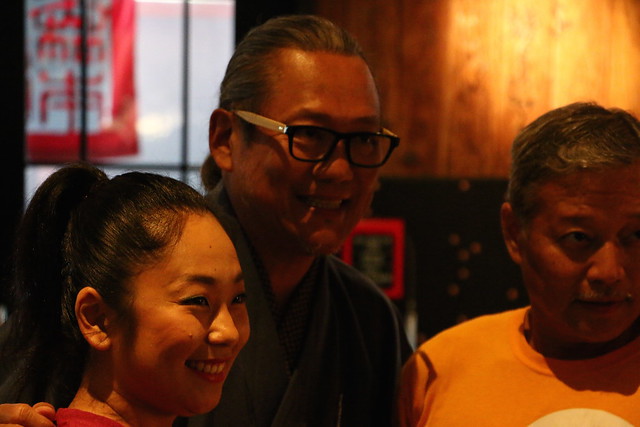 And his playful socks were definitely the talk of the event. 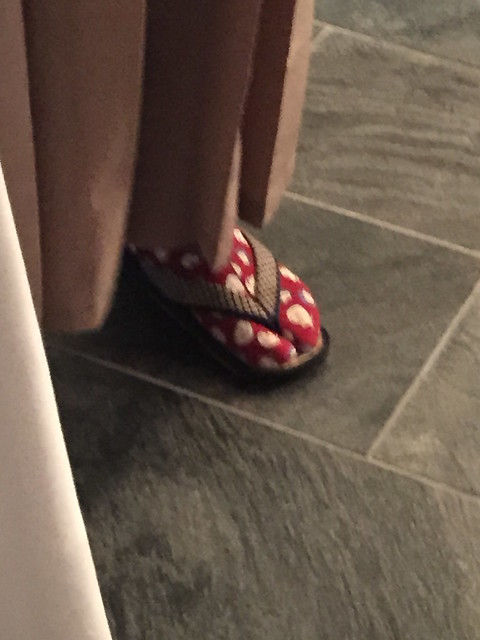 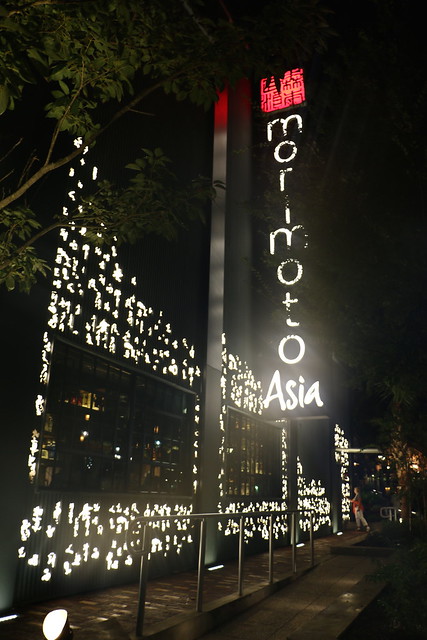