Video Surfaces of Crazy Arrest at Magic Kingdom - Inside the Magic 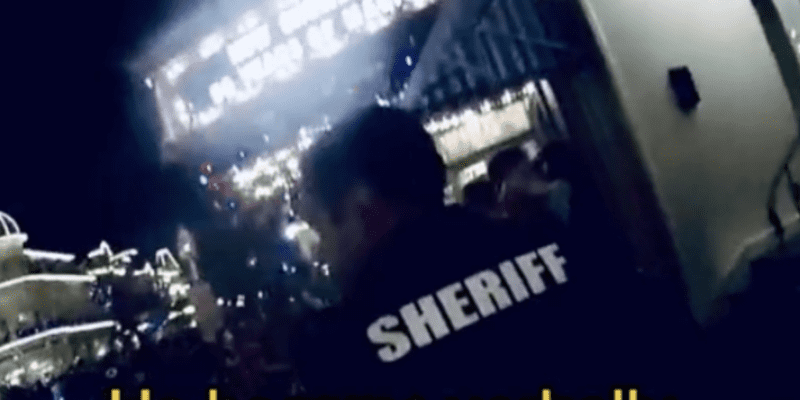 Disney World Guests are treated to all kinds of magic, including taking rides on iconic attractions like Space Mountain, Big Thunder Mountain, “it’s a small world”, Pirates of the Caribbean, and Haunted Mansion. In addition, you can meet your favorite characters, princesses, and enjoy many fun entertainment offerings.

However, even as offerings have returned, many Disney Park Guests have seemingly become ruder and even more violent over the last couple of years. Several massive brawls breaking out at places, like Magic Kingdom, have been reported, and Disney World even had to add a “courtesy reminder” to its website asking Guests to “be the magic you want to see.”

As you can see, the arrest happened in December of 2021. At that time, Disney World Guests were still required to wear face coverings when entering a building. A Disney Cast Member asked a Guest to put their mask on when entering the Princess Fairytale Hall, and a verbal altercation ensued. The Guest later turned violent, attacking the Disney Cast Member.

Police were called to the scene and were able to track the man down within an hour.

Part of the video was also shared, which can be seen be here:

It is never okay to assault a Disney Cast Member or Disney World Guest. Disney has rules in place to ensure that all Guests and Cast Members are safe during their time at the Parks and Resorts. Disorderly conduct can result in arrest and permanent bans, depending on the severity of the situation.

What do you think of Disney Park arrest video? Let us know in the comments.