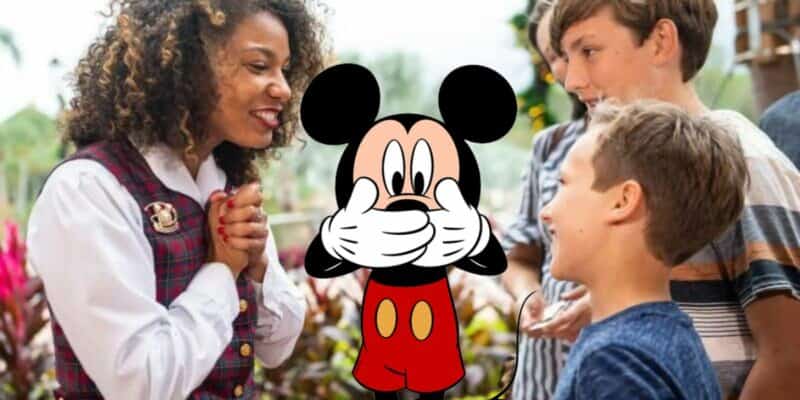 On the outside, being a Disney Cast Member might look like one of the most incredible jobs in the world. Who wouldn’t want to wake up, wear a costume, and go to Disneyland or Walt Disney World for a living? Behind the magic curtain, however, a different story unfolds, and it’s far from the Disney fairytale. Not only are Disney’s Park employees facing unruly Guests, environmental hazards, and barely making ends meet on their current wages, but many of them are also a part of a severe homelessness pandemic.

In her TikTok post, @deardelirious7 gives her account of the truth behind the scenes of the Disney College Program and the fate that many current Cast Members face. While many of Disney’s staff might spend their daylight hours bringing magic and delight to people at the Parks, it’s an entirely different story when those gates are closed. Homelessness, hunger, and uncertain security are just a few of the trials facing former and current Cast Members, and it continues to be a persistent problem.

Unfortunately, this isn’t a new issue. In her documentary, The American Dream and Other Fairytales, Abigail Disney went into great detail on how corporate greed continues to hurt the ones Disney needs to make their Parks function. What makes this even more haunting is the fact that Cast Members who want to push themselves to go into Park Management aren’t safe from these conditions either.

The TikTok only throws salt in the wound by illustrating how even the most highly trained of Disney’s elite Cast Members are still suffering and struggling just to have a place to live. The very idea that a company that pushes forward that ever popular “Wish Upon a Star” narrative is treating their best and brightest this way should chill every single Disney fan.

@deardelerious7’s account is just one of hundreds of Disney Cast Members struggling to keep the magic alive for an ocean of fans, Guests, and seasoned Park-goers. With the recent change in the corporate world and the upcoming change in leadership, Disney will hopefully address this horrifying issue plaguing their company. Maybe then the magic will start to return.

What do you think of this claim from a Disney Cast Member?