Bob Iger hasn’t exactly been the change many Disney Cast Members were hoping for thus far.

Bob Iger took over for a fired Bob Chapek several weeks ago after The Walt Disney Company elected to go in a different direction. There were many issues that Iger had with Bob Chapek during his tenure as a leader, and he soon began to push to have the former CEO removed. 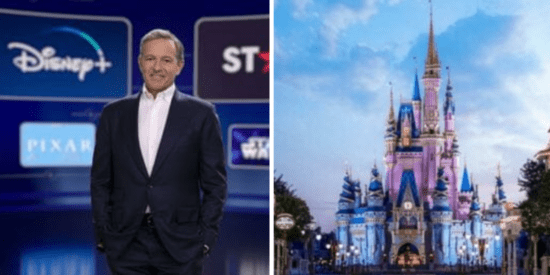 When Iger took back over as CEO, there were many hopes that fans shared for what might be next for the company. Many Disney Park fans were hopeful that Bob Iger would remove some of the systems that had been put in place at destinations like Walt Disney World Resort and Disneyland Resort, including Disney Park Reservations, Park-Hopping Restrictions, the pause of sales on Disney Annual Passes, Disney Genie+, and much more.

Many insiders looked at the streaming industry and Disney’s flailings in that category, which include Disney+, ESPN, and Hulu. There have been numerous reports on potential steps the company might take to address some of those shortcomings.

Disney Cast Members, on the other hand, have reportedly been looking at the culture and compensation coming from the company, and hoping for some changes.

Unfortunately, two news items this week were more disappointment for them.

Iger announced this week that hybrid employees will now be required to work in the office four days a week. The company had previously allowed hybrid employees to work from home either two or three days per week. This change had many Cast Members who had signed on for the hybrid model a little disgruntled.

However, one of the bigger news items was the announcement that a Union had advised Cast Members to reject a proposal for a $1.00 per hour raise offered by Disney.

Many Disney Cast Members were hoping that Iger would be heading a proposal that would show increases in salary, but this has not been the case thus far. It had been several years since Disney Cast Members finally worked to resolve a minimum-wage increase to $15.00 per hour.

At this point, it’s unclear what the next steps in negotiations may be between the company and labor unions.

What do you think of these latest developments with Disney? Let us know in the comments!