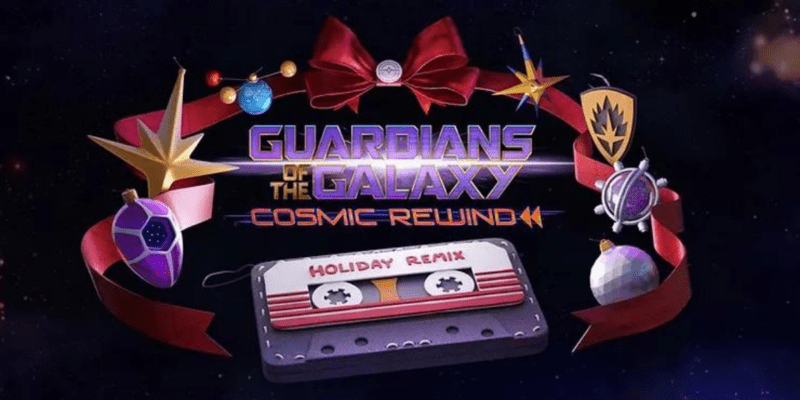 According to Guests attending EPCOT today, a famous roller coaster was still playing the Holiday Edition music which was supposed to be switched this morning.

Walt Disney World Resort Guests riding Guardians of the Galaxy: Cosmic Rewind have been reporting all that day that they are still hearing the “Holiday Remix” song today after an “emergency issue” prevented Imagineers from swapping the soundtrack following the end of the Festival of the Holidays yesterday. Cast Members did not elaborate on the “emergency issue,” but the ride was functioning normally today and yesterday, except for the incorrect soundtrack.

The Holiday Remix was supposed to end with the EPCOT Festival of the Holidays at the end of the year and change back to standard songs yesterday, December 31. However, the swap to the regular soundtrack didn’t go as planned, and the Holiday Remix is still playing today.

Cast Members reported that overnight testing is scheduled again this evening to get the standard soundtrack back into motion. Still, they could not confirm which soundtrack would be playing for Guests tomorrow, January 2. Based on the fact that the soundtrack has yet to be changed, it seems that it is not as easy as just flipping a switch between the soundtracks. This is probably because an individual ride vehicle has onboard audio and needs to be tested and verified. The work should’ve allowed an overnight swap if it went as scheduled.

According to one Twitter user, the issue has still yet to be resolved:

The regular rotation of songs were not back earlier today – Holiday Remix still playing.

The regular rotation of songs were not back earlier today – Holiday Remix still playing.

As always, please make sure to keep checking in with us here at Inside The Magic as we continue to bring you the latest news and information from around the Disney Parks!

Are you surprised to hear that the “Holiday Remix” was still playing on Guardians of the Galaxy: Cosmic Rewind?