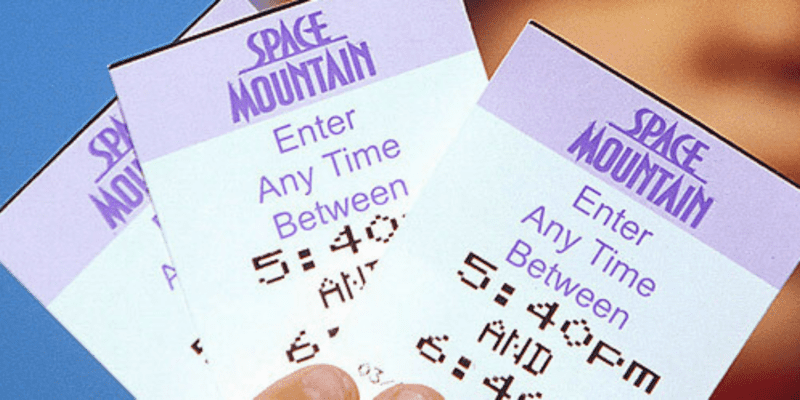 This week, one Walt Disney World Resort Guest pointed out another once-freebie that has changed. In Adventureland at Magic Kingdom, Guests can participate in A Pirate’s Adventure – Treasures of the Seven Seas. This free treasure hunt is attached to your MagicBand. Once complete, Guests can pick up their free prize, a letter from Jack Sparrow.

Before the COVID-19 pandemic, Guests used to get a paper FastPass for Pirates of the Caribbean. Reddit user u/redharlowsdad shared their frustration with the change:

Remember when you used to get fastpasses instead of this garbage for completing the treasure hunt?

Remember when you used to get fastpasses instead of this garbage for completing the treasure hunt? from WaltDisneyWorld

Some Disney Parks fans agreed with the Guest, but most said they were acting “entitled.” “Whoo boy someone is salty over getting a physical souvenir vs another ride on Pirates,” said u/Toomanykidshere.

“Sooo. Don’t do the treasure hunt then?” replied u/H8TheDrake.

“Remember when people didn’t complain about getting a free souvenir?” asked u/Logical-Wasabi7402.

More on A Pirate’s Adventure ~ Treasures of the Seven Seas

Traverse through Magic Kingdom on a pirate adventure, just like Jack Sparrow! From Disney:

Head over to The Crow’s Nest and pick up a talisman that magically allows you to read a secret treasure map. Then it’s all hands on deck as you fend off enemies, evade capture and hunt for treasure.

When you complete each mission, you’ll receive a very special treasure finder card. After you collect all 5, you’ll get your hands on the sixth and final card—signed by Captain Jack Sparrow himself.

Calling all marauders: get ready to raid the Treasures of the Seven Seas!

Have you ever done this Walt Disney World Treasure Hunt?