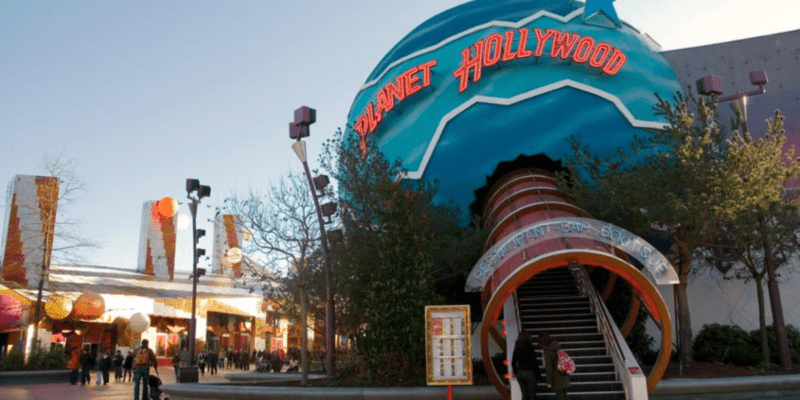 A popular business is permanently shutting down its Disney location this weekend, but fans have one last chance to visit.

As Disneyland Paris continues to carry out complete transformations at the Parisian Resort, a popular location is permanently shutting its doors at the Disney Village this weekend, so fans should better hurry if they want to enjoy a final visit, as the fan-favorite restaurant won’t “see ya real soon.”

In 2022, Planet Hollywood announced that the restaurant would permanently close its Disney Village location this year. What started as an internal rumor was later confirmed by the business in a statement that reads:

The time has come to officially announce that after more than a quarter of a century as an iconic landmark in The Village at Disneyland Paris France, the Planet Hollywood restaurant will be permanently closing its doors as of Saturday evening 7th January 2023 when our lease with Disneyland Paris expires.

Our fabulous team would love to see you again so don’t delay, come and visit us and enjoy our delicious homemade food along with the best cocktails in Disney Village one last time!! … or maybe even twice

From all of us at Planet Hollywood Disneyland Paris

As stated, Planet Hollywood at Disney Village is closing permanently tomorrow this weekend, but fans can still visit the iconic location during its last operating day, which is tomorrow, January 7.

Recently, Guests could see the exterior of the Rain Forest Cafe at Disney Village destroyed, with the location possibly closing permanently at the Parisian dining and entertainment district. In addition, King Ludwig’s Castle is also shutting down at Disney Village this weekend to make way for an all-new dining experience opening soon at Disneyland Paris. With all these changes, saying Disney Village is receiving a complete remake would not be an understatement.

Disney is apparently focusing on bringing new dining experiences for the remainder of this year and early 2023, as the company recently announced the opening of an all-new restaurant hosted by Donald Duck — Donald’s Dine ‘n Delights — opening this winter and an opening window for the world’s first Toy Story-inspired table restaurant.

Have you visited Disney Village in Disneyland Paris? Are you excited about the changes arriving this year? Let us know in the comments below!