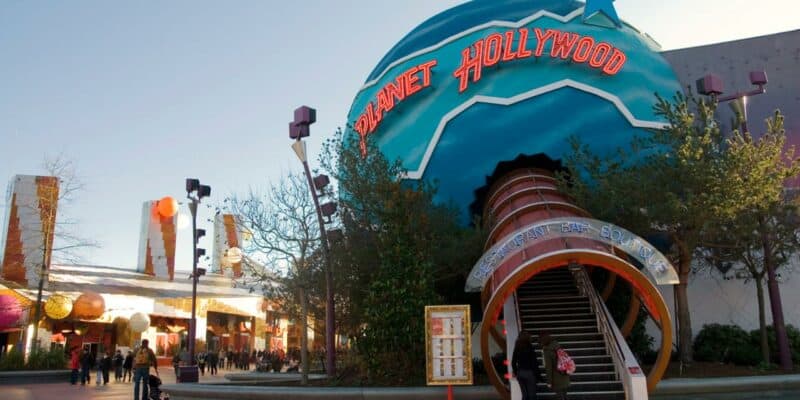 Disneyland Paris specifically features a lot of exciting options when it comes to rides, attractions, shows, and of course, food.

However, change sometimes means that things close and shut down for good. It is sad, but these closures usually are done to make way for something new and exciting.

A few months ago, it was revealed that a popular restaurant at the Resort would possibly be closing permanently. Now, we have confirmation that this is true.

Planet Hollywood is a legendary establishment, not just at the Disney Parks but the entire world. Planet Hollywood offers Guests a very unique dining experience as they enjoy delicious meals surrounded by various entertainment references and memorabilia.

Unfortunately, the restaurant will be closing at the Disneyland Paris Resort on January 7, 2023, meaning Guests do not have much time to visit the restaurant before it closes.

This was confirmed in the tweet linked below from ED92 (@ED92Magic):

an official message from Planet Hollywood at Disney Village !

🚨 an official message from Planet Hollywood at Disney Village ! pic.twitter.com/1W5b10lrIn

More on the restaurant below: