One Day After Closing, Tiana Retheme Causes Controversy Over "Racist" Salt Dome Comparison - Inside the Magic 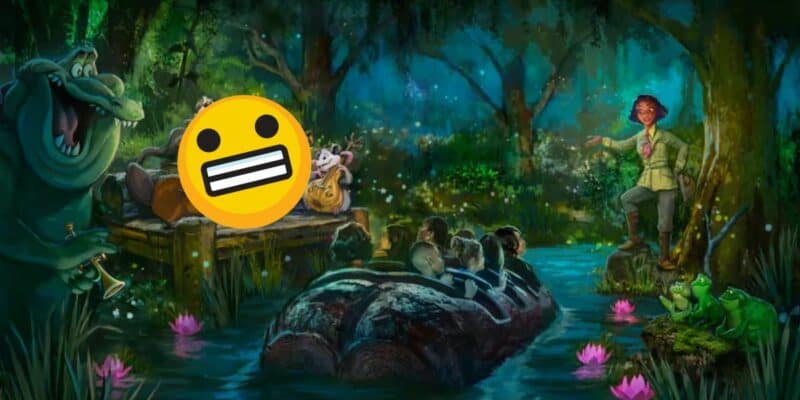 The controversy over the Princess Tiana Splash Mountain takeover continues!

The retheme of Splash Mountain has caused no small controversy. Fans from both sides of the fence have been very vocal about either keeping the Song of the South (1946) theming or updating the ride with a Princess and the Frog (2009) theme. The driving force for the retheme, of course, is the problematic nature of the original, but it seems the update may have some issues of its own.

The origins of characters like Br’er Rabbit, Br’er Fox, and Br’er Bear go back centuries and have strong ties to African culture. In many African cultures and traditions, a hare can be seen as a central trickster figure, much like the Br’er Rabbit interpretation. These storytelling traditions carried over when African peoples were taken captive, enslaved, and brought to the Americas and were often repeated and adapted to local surroundings.

While it would seem a noble thing to continue the tradition of, and keep these stories alive, the issue that arises when it comes to Song of the South come from both the 1940s interpretation, as well as the source material used. Disney’s Song of the South draws from an 1881 compilation of Uncle Remus stories written by a white southerner, writing in a pseudo-African-American dialect, about stories he could only have heard second-hand.

Even though Disney’s interpretation is now almost 80 years old, the debate about its virtues and vices rages on. The latest subject of controversy has been the retheming of the popular attraction, Splash Mountain, at both the Disneyland Resort and Walt Disney World. Conceived initially as a way to recycle figures from America Sings, Walt Disney Imagineering was tasked with retheming the attraction to something less racially problematic.

Now it seems that the controversy may yet continue. The day after closing at Walt Disney World, walls went up around the Splash Mountain attraction bearing a stamp with the legend: Southern Dome Salt Company. To those familiar with the planned retheme involving an employee-owned food collective, this seems like a natural theming choice, but fans are already picking up on another problematic reference.

In what has been described as an “oof,” fans have pointed out that the stamp on the construction walls references an infamous salt dome mine in Louisiana which was crewed by enslaved black workers. As this has only recently been discovered, fans’ reactions have just started coming in:

lol they backed into another corner. from not actually racist to racist.

lol they backed into another corner. from not actually racist to racist.

They knew what they were doing

They knew what they were doing

The debate will most assuredly rage on as construction continues on the Walt Disney World Attraction. In the meantime, the Disneyland Park version of the attraction still remains. Although closed temporarily, no permanent closure date has been announced for the West Coast counterpart.

What do you think about the Salt Dome reference? Let us know in the comments below!