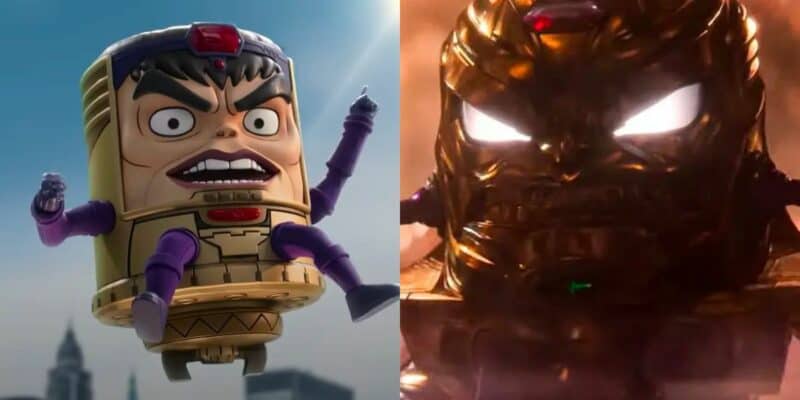 Marvel fans were certainly buzzing yesterday as the trailer for Ant-Man and the Wasp: Quantumania dropped on social media. In just a short amount of time, viewers were exposed to the next chapter of the MCU and possibly one of the biggest threats since Thanos as the Kang Dynasty rises from the fathoms of the Quantum Realm. However, attentive viewers will notice that Kang the Conquerer doesn’t work alone.

While many fans are dazzled and enchanted by the visually impressive imagery of Ant-Man and his team, some Marvel fans are more than likely surprised at the MCU debut of MODOK, and how far from the comic book version the film seems to be taking him. While it’s certainly difficult to make a giant floating head intimidating, the feat is incredibly remarkable considering where the villain is coming from.

Most Marvel fans might be familiar with his most recent depiction of the character, portrayed by Patton Oswalt, in Hulu’s MODOK, and some might even recognize him from his various appearances in other Avengers-related media, but the consensus remains that MODOK has always been a little silly. Even when he’s given an intimidating design and a wide-array of weaponry, he’s still a big floating head with an ego to match. No matter what he does, at least in comic book or animated form, he’s always going to look somewhat ridiculous.

Related: Who Could Really Return For Marvel’s ‘Secret Wars’

That all in mind, the version seen in the new trailer from Marvel Studios does up the intimidation factor, largely by obscuring his big mutant mug, but the effect is still moderately successful. If anything, he looks more like a bigger weapon than the colossal cranium most viewers and fans are used to seeing. Here’s hoping he’s backed up with a performance to match this new design, but that’s not saying fans wouldn’t like a more comedic variant either.

Do you think the new MODOK will succeed, or rely on old tricks? Tell us in the comments below!