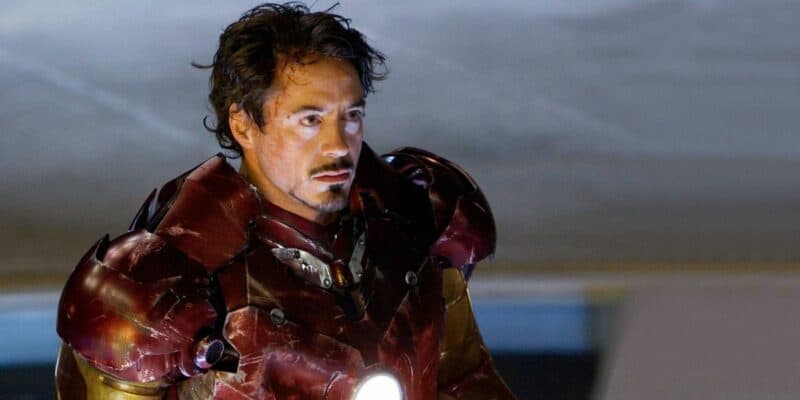 The Marvel Cinematic Universe has been around for a long time, and Marvel almost recreated one of the most iconic scenes in Black Panther: Wakanda Forever (2022).

Ryan Coogler’s sequel had plenty of problems, but the movie was finally released, and fans were able to see a Wakanda without Chadwick Boseman’s T’Challa/Black Panther. Leticia Wright’s Shuri spends most of the movie helping her country face a new threat from underwater. Tenoch Huerta’s Namor and the Talokan Empire.

As Shuri and Okoye search for the American who invented a vibranium tracker, they meet Dominque Thorne’s Riri Williams/Ironheart. A young black teen who is highly intelligent and now thrown into danger as the FBI and Talokans want her.

Namor’s forces stop Okoye and take both Shuri and Riri Williams hostage, and the movie continues with the next several scenes set in Talokan. Shuri spends time with Namor while Riri is held prisoner, and Marvel just revealed that the movie had an alternate vision for this part of the movie.

Instead of focusing solely on Shuri and Namor, the movie would’ve developed the relationship between the two female characters and kept them mostly in the underwater cave. This difference would’ve been heavily inspired by Iron Man (2008) with how Tony Stark uses resources from the terrorists to create his own suit instead of creating missiles for his captors.

Black Panther 2 would’ve strengthened the relationship between Riri and Shuri as the two would be mostly trapped in the cave, just like Iron Man. In an interview with The Direct, Ryan Coogler admits that the cave sequence really helped situate how the characters would interact for the rest of the movie:

A lot of those moments in the cave were definitely strong, relationship-building moments for Shuri and I. That was definitely the first time that… We obviously know and associate both these characters with an incredible amount of brilliance, but this was, in that cave, sort of the first time that they’re both realizing, ‘Oh, you speak my language. Okay, I don’t have to alter myself. I don’t have to tone it down. We can just get straight to the meat of the problem.’”

Due to their technological prowess, they use their abilities to offer Namor a solution to help his people with new technology. Knowing that the two are quite gifted, Namor accepts, and that’s how Riri and Shuri are able to acquire materials to help create their new way out, just like how Iron Man did in the cave:

“From there, the two of them are work-shopping there, working on this thing for them that they say they’ll give them in exchange for their life, but all the while, sort of siphoning off materials and supplies to rig their own distraction and get out of there. And while they’re doing that, just sort of talking about life experiences.”

While this series of scenes would’ve been nostalgic, it was probably wise not to keep those scenes. Ironheart already struggles with fans not being happy about how similar the two characters are, and a direct parallel like that could’ve angered many fans.

Do you think Black Panther 2 should’ve kept this Iron Man scene? Let us know what you think!