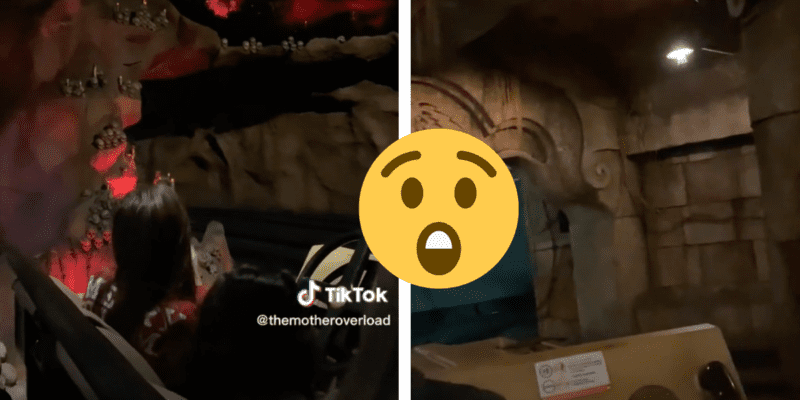 We’ve reported dozens of Indiana Jones Adventure evacuations, breakdowns, and other technical issues in the last few years. This Disneyland Resort ride, inspired by the daring Harrison Ford films, is a fan favorite despite its declining condition.

In late 2022, Disneyland Resort finally listened to Indy fans. In December, the Southern California Disney Park announced a lengthy refurbishment of Indiana Jones Adventure starting on January 9, 2023. The attraction will reopen sometime in the Spring of 2023. Though the extent of the work being done on the ride is unknown, a giant snake animatronic has already been spotted on its way to Disneyland Park!

As Indiana Jones Adventure prepares to close, it continues facing extensive issues. Two groups got stuck on the ride in the last few days and shared their experiences on TikTok.

@themotheroverload arrived early at Disneyland Resort just to experience Indiana Jones Adventure before it closed. Unfortunately, it broke down both times the Guest tried to ride:

On one occasion, Guests were stuck for over an hour. Disney Cast Members instructed them to stand in a single file line until every Guest exited the ride vehicles and they could walk out. The Guest said it was “cool” to see Indiana Jones Adventure with the lights off but was disappointed not to finish the ride.

@matt_7269 also got stuck on Indiana Jones Adventure for half an hour. Eventually, they were also evacuated:

Thankfully, it appears that no one was injured during these evacuations. However, there is always an inherent risk in bringing Guests onto mechanical ride tracks and into typically off-limits areas.

Indiana Jones Adventure is operating normally at the time of this article’s publication.

Have you been trapped on Indiana Jones Adventure at Disneyland Park?