"It's Strange", Harry Styles' New Role in MCU Gets Questioned By 'Captain Marvel' Star - Inside the Magic 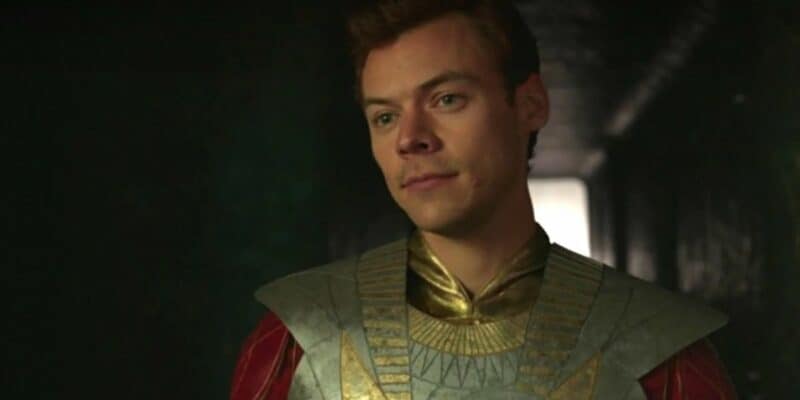 Does the ex-boyband singer Harry Styles actually belong in the MCU?

Captain Marvel 2 AKA The Marvels (2023), is The Walt Disney Company’s upcoming Marvel Studios-produced (and Kevin Feige-dictated) Marvel Cinematic Universe (MCU) movie slated for release on 28 July this year. It stars a bevy of Marvel superheroes from coming together from various MCU projects, including Brie Larson returning as (the controversial) Captain Marvel/Carol Danvers, Samuel L. Jackson as the ever-grumpy Nick Fury (likely coming off of his own Disney+ Secret Invasion (2023) show), Teyonah Parris as Photon/Monica Rambeau (potentially the hero Photon or Spectrum) whom audiences and Marvel fans last saw in Disney+’s WandaVision (2021), as well as young newcomer Iman Vellani as Ms. Marvel/Kamala Khan, who starred in her very own show Ms. Marvel (2022), also on Disney’s streaming platform.

Now, it appears that a The Marvels star (who is also no stranger to controversy) is casting doubts on the inclusion of former One Direction boyband member Harry Styles in the Marvel Cinematic Universe.

Harry Styles came to prominence within the Marvel Cinematic Universe in a way that many were not expecting — in a cameo introducing and teasing his character of Eros in a post-credits scene after the (also rather controversial) Eternals (2021). The film, directed by new Marvel film director Chloé Zhao, follows the exploits of the “Eternals”, a group of godlike, superpowered aliens created by Celestials to guide planets to grow, progress, and spoilers: breed more Celestials. It stars Gemma Chan as Sersi, Richard Madden as Ikaris, Angelina Jolie as Thena, Kumail Nanjiani as Kingo, Lia McHugh as Sprite, Brian Tyree Henry as Phastos, Lauren Ridloff as Makkari, Barry Keoghan as Druig, Don Lee as Gilgamesh, Salma Hayek as Ajak, and Kit Harington as Dane Whitman (and the future Black Knight) — and also, Harry Styles, as another one of the Eternals, specially revealed at the end of the movie.

In an interview with AP Entertainment, the MCU star Iman Vellani voices her doubts about Harry Styles and his future in the MCU, admitting that she feels “so weird” about his casting:

Ohhh, I feel so weird about it! I don’t know. It’s strange. I wonder, I really wonder if they’re gonna go ahead and do something with the character, or if they just teased it for the sake of it.

It’s natural that Iman Vellani, a self-proclaimed massive Marvel fan, is protective about her own franchise, considering that she’s had her own share of online backlash. Bringing a rather vocal and defensive fanbase into the already discourse-heavy Marvel world could result in unwanted drama and infighting. With the Eternals franchise in potentially hot waters, Zhao potentially may not return to the Marvel director’s chair. Seeing as Vellani also implies that Zhao might have brought Styles on to the set of Eternals for the fun of it, it’s a real question whether Marvel Studios and Kevin Feige will truly take the character of Eros to greater and more Marvel-ous heights.

What do you think of Harry Styles’ place in the Marvel Cinematic Universe? Share your thoughts in the comments below!