“It Was a Waste of Money,” ‘Harry Potter’-Inspired Theme Park Disappoints - Inside the Magic 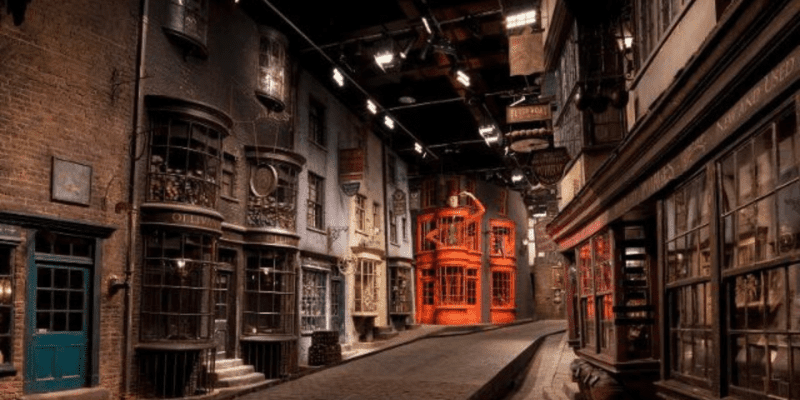 A disappointed fan recently shared her extensive review of an exclusive experience inspired by the Harry Potter franchise commenting it was “underwhelming,” “boring,” and “a waste of money.”

The Harry Potter franchise fans are always eager to step into the Wizarding World of Harry Potter with the latest interactive experiences and locations offering them. With Hogsmeade at Universal Studios Hollywood to Diagon Alley at Universal Studios Florida and Hogsmeade at Universal’s Islands of Adventure — both within Universal Orlando Resort — along with the Warner Bros. Studios Tour in London and different traveling experiences — which have stirred a heated debate among fans — inspired by the Wizarding World of Harry Potter, one might think that immersing themselves into their own magical story would be easy for fans of the franchise.

However, a London influencer recently shared an extensive review, commenting that an exclusive Harry Potter-inspired experience is “boring,” “underwhelming,” and “a waste of money.”

The user started her extensive review by asking viewers to tell her if they “think this was worth the money” as she started her trip to the Warner Bros. Studio Tour London – The Making of Harry Potter on a £45 bus ride that took her from London to Watford, which is still 15 minutes away from the Studio, during which she was supposed to be able to watch the Harry Potter films but commented that the screen for her seat stopped working and had to watch the movie on the next screen as the seat was empty.

Once at the tour, Food Guide London commented that the actual experience, after a couple of rooms Guests are not allowed to film in, “is literally all the costumes,” which could be underwhelming for any fan expecting to get an immersive or interactive experience visiting the famous Studio Tour. “I am a huge Harry Potter fan and I’m f***ing fuming because this whole thing was dog s**t,” said the disappointed creator, adding, “I didn’t even pay for my ticket and I feel like I got bummed.”

Food Guide London commented that there are some special effects sections of the tour where Guests are shown how actors were characterized for their roles in the Harry Potter franchise, “which was kind of interesting,” but added, “I can probably find that out on YouTube.” While there are other more interactive experiences, like a green screen flight on a Quiddich broom, the creator said, “every single thing that would be interesting to do, you had to pay for, and you weren’t allowed to film there. And the prices start at £14.”

The complete experience took 4 TikTok videos to cover, commenting that interactive activities required additional charges or waiting in 45-minute lines, exhibitions are barely interactive and overall boring, and that a photo opportunity across the Hogwarts Express is £40. Food is also overrated and overpriced, not to mention that it’s not the best culinary experience as it was sitting on the kitchen counter apparently for hours during their visit, making it hard to chew and eat.

“This was the best part of Harry Potter land, the smoking area,” commented the creator on the third video of the series as she continued to share her disappointing experience. “Basically, I’m trying to save people money who are fans of Harry Potter like me,” she said. The model of the Hogwarts castle near the end of the tour was “very, very, very nice,” in the creator’s opinion, as the other exhibitions were “boring” and “underwhelming.” “I won’t be going again. I think that it was a waste of money, even though I didn’t pay for my ticket,” added the disappointed creator.

“They could do so much more with this. They need to train the staff to be more enthusiastic, especially somewhere that’s supposed to be magical and considering the price on it,” said Food Guide London, ending her review of the experience visiting the Warner Bros. Studio Tour London – The Making of Harry Potter. You can see the video that started this series below and visit Food Guide London’s profile for the following videos.

It’s a surprise that the Harry Potter-inspired experience is so underwhelming, especially considering how popular and pricey it is. This honest review will surely make more than one fan think twice before visiting the Warner Bros. Studio Tour London – The Making of Harry Potter.

Have you ever been to this exclusive Harry Potter-inspired exhibition? What was your experience like? Let us know in the comments below!