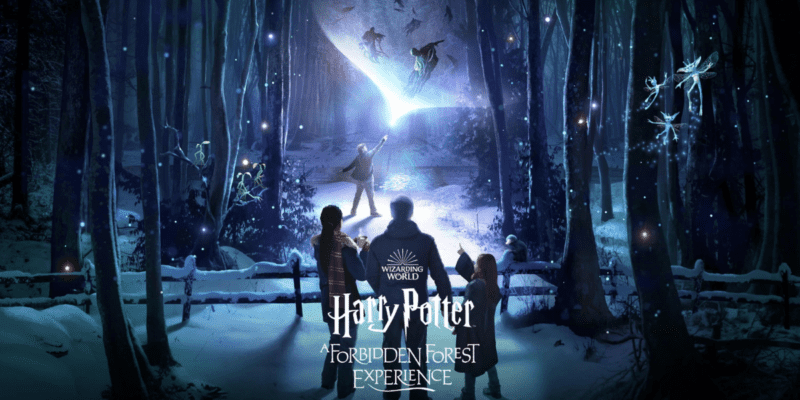 A new theme park inspired by the Harry Potter franchise is receiving significant backlash, with fans requesting its immediate removal.

While millions of fans worldwide would love to experience an adventure inspired by the Wizarding World and Harry Potter, immersing themselves in the magic of the popular franchise, a recently opened theme park is receiving significant backlash from local residents who are concerned about the impact the new facilities will have on the region and are demanding its immediate removal.

The Harry Potter: A Forbidden Forest Experience theme park, which recently opened in Groenenberg Park, a few kilometers southwest of Brussels, provides fans of the Wizarding World a chance to explore a “nocturnal experience on a forest path inhabited by magical creatures and sparkling with wonders.” While the experience may sound appealing to fans of the popular franchise, local residents consider the theme park nothing short of an ecological and moral disaster.

Local resident Hugo De Greef said to The Brussels Times that the theme park has virtually destroyed what once was beautiful about the historic Groenenberg Park with its crass containers, smelly toilets, harsh evening lighting, and incessantly loud diesel generators. “The whole thing is completely out of proportion,” added De Greef.

Fellow resident Hugo Schoukens shares De Greef’s feelings, dismissively commenting, “This is simply an amusement park.” “The nature in the park is inevitably damaged as a result… I understand the economic logic, but it must not come at nature’s expense,” Schoukens added.

De Greef and Schoukens are currently petitioning government officials to have the theme park, situated on Flemish Government-owned territory and scheduled to run until February next year, immediately abolished. “I am advocating that these areas no longer be commercially exploitable,” De Greef said. “The natural park itself, and nothing else, should be the event.”

De Green and Schoukens recently drafted a protest letter on behalf of several other like-minded local residents to the mayors of the nearby municipalities of Sint-Pieters-Leeuw and Lennik, as well as several senior Flemish Government Ministers.

Thus far, Schoukens and De Greef’s joint efforts have received a mixed reaction from government officials. “The damage to the fauna and flora are negligible. No trees or plants have disappeared or will disappear. The containers and stalls are standing up the lawn. The other materials are placed in such a way that nature suffers as little damage as possible,” said Hilde Groenweghe of Natuurinvest, the Flemish Government agency responsible for leasing state-owned land.

A spokesperson for Zuhal Demir (N-VA), the Flemish Minister for the Environment, offered a far more conciliatory response, admitting that the magnitude of the event was underestimated and the impact of future initiatives would be better estimated.

The Forbidden Forest theme park — the first of its kind in Continental Europe and the fourth globally — opened on November 5. It is predicted to attract a total of 200,000 tourists by its February closure. Tickets begin at €29 for adults and €19 for children.

Should theme parks be judged by their environmental impact? Tell us your thoughts in the comments below!