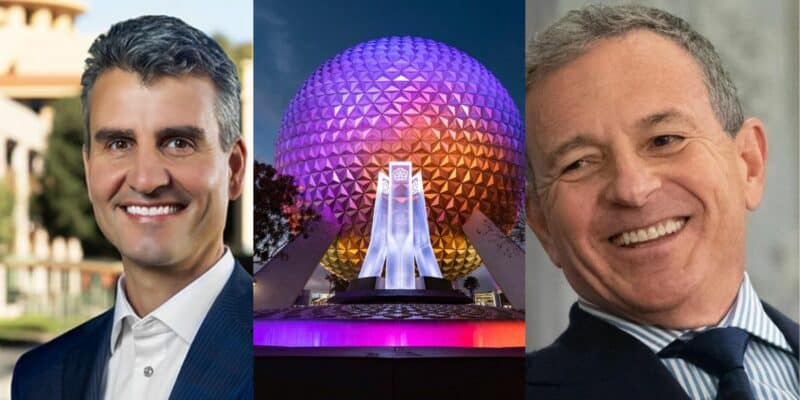 Recently, Disney’s CEO and Chairman of the Disney Theme Parks made a visit to EPCOT during its International Festival of the Arts. Both Bob Iger and Josh D’Amaro were exposed to the current condition of the Park and many other fixtures while they met with fans and Cast Members alike. While this is obviously a good move on the execs’ part, it also likely opened their eyes to what’s happening outside Disney’s corporate setting.

Inside the Magic covered this event a short while ago, and fans were all too quick to share their opinions as to what needs to be brought directly to the executives’ attention. In only a few days, comments were flooding in from Guests, fans, and viewers who have been watching the constantly-changing condition of the Disney Parks. Reactions have ranged from praising Iger and D’Amaro for making an effort with Guests to outright calling them out for their corporate greed and negligence, and they certainly aren’t having any trouble making themselves heard.

A commenter, known as “Mark,” gets the ball rolling by sharing an account of his recent trip to the Parks, addressing where the two Disney execs need to start.

“I was at three Disney Parks on January 9th and 10th and was very dismayed at the extent of the construction outside Epcot’s Spaceship Earth and the various areas at Hollywood Studios that needed major attention. There were several high-profile rides experiencing breakdowns such as Toy Story Mania and Star Wars Galaxy’s Edge Rise of the Resistance… The Magic of a Disney World visit could use a good jolt of Disney Tinkerbell Magic. Hopefully, Bob Iger and others can right the Disney ship and restore a more enjoyable and affordable visit to this Florida destination.”

It doesn’t stop with EPCOT either, as other Disney fans are responding with pleas for Iger and D’Amaro to visit other Parks on Disney Property. A user identified as “Mary-Anna” writes for the two execs to visit Hollywood Studios and repeat the same routine.

“Now visit Hollywood Studios, a total train wreck, no pun intended, starting with what was the centerpiece, “The Great American Movie” ride. Too much digitization. Who wants to stand in line to ride through a video game? What was wrong with the t.v. studio where audience members could participate on stage in iconic t.v. show roles?
As for EPCOT, construction has been endless. It isn’t as if they have to deal with ice and snow curtailing the construction season. Hire a construction management team to enforce a schedule. Content? Bring back the old Figment ride. This one is pointless.”

A popular talking point amongst many fans in the comment section concerns EPCOT’s beloved purple dragon, Figment. Iger and D’Amaro were reportedly given a VIP tour of the popular ride, and many Guests are hoping that urges them to restore the attraction. Fans everywhere have been crawling out of the woodwork to call attention to the condition of the Imagination Pavilion.

“Figment remains a favorite but whole ride area feels neglected. Was there in early December. Young grandchildren loved it. They don’t know the difference. We remember it’s old glory…”

To which “DJT luvsputin” responds,

“I have to ‘imagine” that since Figment has become the hall of fame icon that he is that they are imagining an upgrade more suitable for the times… Hope they are considering the high costs the costs as they meander through the Parks.”

To say that the continued decline of Journey into Imagination with Figment has gotten some massive attention would be an understatement. Hopefully, what the two execs saw was enough to wake them up to the extent of the Parks’ current situation. Fans are certainly trying to send them a message.

Of course, one visit to a single Park at Walt Disney World is only the first step. There are dozens of comments listing off what else needs to be done if Iger and D’Amaro truly want to make a change for the betterment of the Disney name. Now that the two have had a chance to see what regular fans see every time they walk through the Park gates, perhaps more initiative will be taken to ensure that every tier of Guest has a chance to see Disney at its best.

What would you tell Iger and D’Amaro? Tell us in the comments below!