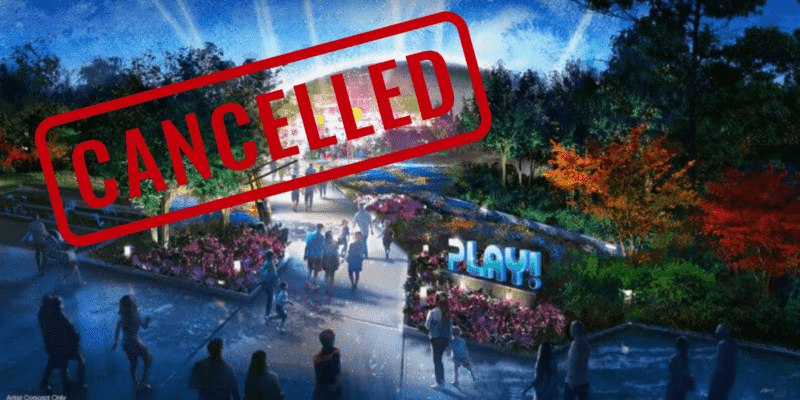 One Walt Disney World Resort project looks like it has been canceled, as a new Park Map recently released for EPCOT’s Festival of the Arts has provided Guests with some unwelcomed news.

As the EPCOT Festival of the Arts begins, a new Park map has been released and provided for Guests visiting Walt Disney World’s EPCOT.

For those who have never attended the event, the celebration is specifically for the fine arts, which includes programs and events surrounding the performing arts, culinary arts, and visual arts. EPCOT cooks up some colorful, exotic treats to celebrate the culinary arts. The World Showcase will set up art galleries with artwork varying from paintings to sculptures and photography, all featuring talented artists from all over the world. Kids can participate in the fun with activities like painting!

Attendees can enjoy an extra magical musical lineup as well. Disney recently announced the performances in store for the Broadway Spectacular. Live entertainment starring performers from Disney Broadway shows such as Frozen, Aladdin, and The Lion King will take place at the America Gardens Theatre in EPCOT. EPCOT‘s International Festival of the Arts has officially started today and runs through February 20, 2023.

Unfortunately, for one highly anticipated project, the new Park Map for the festival might have revealed that EPCOT’s Play! Pavilion might not be happening after all. Below is a photo of the old EPCOT Map that shows the Play! Pavilion construction was still in the Park’s plans:

However, the new Park map now does not include the project:

Disney hasn’t mentioned the Play! Pavilion in a press release for a while now, leading many to believe that the project has been canceled. As the Walt Disney World Resort continues construction of the World Celebration area of EPCOT, Disney fans have an appetite to have the project finished.

Still, the Play! Pavilion will be one of many outstanding questions about previously announced projects. Other projects that have been either delayed or outright canceled are the Spaceship Earth overhaul, the Mary Poppins attraction, and Wondrous China. Hopefully, Disney can update fans on those previously announced projects before they call EPCOT complete later this year.

Were you looking forward to EPCOT’s Play! Pavilion?