Fans Fear Disney Animatronics Are Dying - Inside the Magic 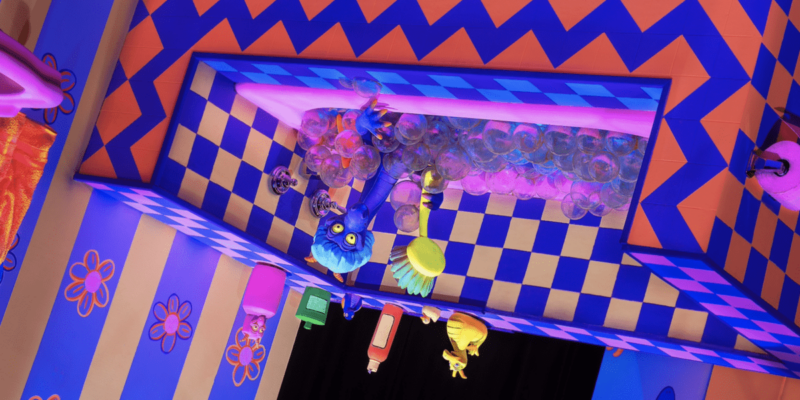 The closure of Splash Mountain and the preparations for Tiana’s Bayou Adventure are just two examples of massive change coming to the Disney Parks. While many fans are ecstatic about the upcoming re-theme and refurbishment of a decades-old attraction, some have brought a different concern to light, something that many attractions have already begun to show. While classic Disney attractions were known for their use of audio-animatronics, some are being replaced with simple projection screens.

Disney practically invented the gold standard of audio-animatronics, so to think that they are doing away with these revolutionary figures is a bit surprising. However, Guests shared their thoughts, hopes, and fears about Tiana’s Bayou adventure on a recent Reddit post, and a common concern was the animatronics of Splash Mountain being replaced with projections on a screen. While this isn’t insanely high on the probability scale, Disney has made frequent use of screens in rides like La Gran Fiesta in EPCOT and Mickey and Minnie’s Runaway Railway in Hollywood Studios. Fans are definitely noticing the shift in technology, and some are already expressing their concerns on the matter.

At one point, Splash Mountain had magnificent scenery and colorful characters brought to life by Disney Imagineering, and that could be at risk if the wrong steps are taken. u/celestial-typhoon plainly shares their concern by writing,

“I am excited as long as they don’t rip out all the beautiful scenery and replace it with screens and empty space.”

To which they also add,

“I can imagine it now: It’s just a small circle where you turn right out of the loading dock and come right back to the loading dock. There is one single Tiana animatronic and one screen showing the witch doctor and alligator with a blown out speaker behind it playing the Splash Mountain song. You paid $15 for a Lightning Lane pass just to ride it.

While the user does raise a valid concern, and neglecting the use of animatronics for something this tech-heavy would be a massive mistake, there are actually some fans defending the use and application of projection technology. Some contributors have referenced Mickey and Minnie’s Runaway Railway as a prime example of how projections and animatronics can be used together to create a better experience.

In defense of the technology, u/BottlesforCaps writes,

“MMRR is literally just all projectors/animatronics and looks amazing. I wouldn’t be opposed to something similar if done right.”

“That, Gran Fiesta Tour and Spider-Man at Universal are the only 3 non interactive screen heavy dark rides that are perfect the way they are. How Runaway Railway uses it blows my mind all these rides later.”

These Guests all bring up excellent points on both sides, but fans can likely rest easy knowing two things. One, the new ride is being developed by one of Disney’s top Imagineers, Tony Baxter. That means that any new developments are being handled by someone with a long and celebrated history with the Parks. Two, Disney is not going to be doing away with their audio animatronics anytime soon, especially with some of the phenomenal work seen in the international Parks. Landmark technology like this is what helped secure the Disney legacy in the theme park industry, and no amount of 4D movie technology or projected animation can change that.

Do you think the animatronics are in danger? Tell us in the comments below!