Drunk Disney Guest Caught Peeing In Bushes - Inside the Magic

Walt Disney World Resort is the “most magical place on earth,” but Guest behavior can certainly be questionable at times.

Most Disney Park Guests who go to the Disney Parks, go for the rides, the shows, the resorts, and many more exciting adventures. Some Disney World Guests visit for other reasons, such as the wide variety of eccentric, eclectic, and alcoholic beverages across Park property.

Inside the Magic has covered plenty of stories of Disney Guest behavior and has seen social media has been buzzing with story after story of how Guest behavior has tremendously worsened in the past year. Reports of Guests destroying property, screaming at staff, and assaulting Cast Members have been circulating news feeds for months, showing little improvement. 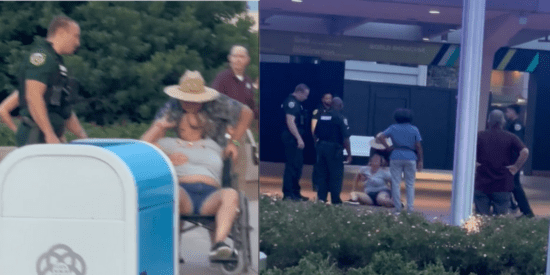 One Disney Park Guest recently shared that she “got drunk” at Disney World and did not remember having a photoshoot while there and proceeded to use the bathroom in the bushes at Disney’s Contemporary Resort.

“i got f**king hammered in disney the other night and apparently had multiple photoshoots in which i dont remember. then I p*ssed in the bushes at the contemporary resort,” they said in their social media post.

Disney’s Contemporary Resort is one of the most popular Resorts at Walt Disney World Resort. Retreat to this ultra-modern Disney Resort hotel and discover award-winning dining, spectacular views, and dazzling pools. Whether you’re staying in the iconic A-frame Contemporary tower or the nearby Garden Wing, you can walk to Magic Kingdom’s main gate or catch the Resort Monorail as it breezes through the tower. Inside, a 90-foot-tall mural by Disney Legend Mary Blair—responsible for the distinct look and feel of the “it’s a small world” attraction—celebrates the Grand Canyon and the American Southwest.