New Policy Allows Disney To Throw Guests Out - Inside the Magic 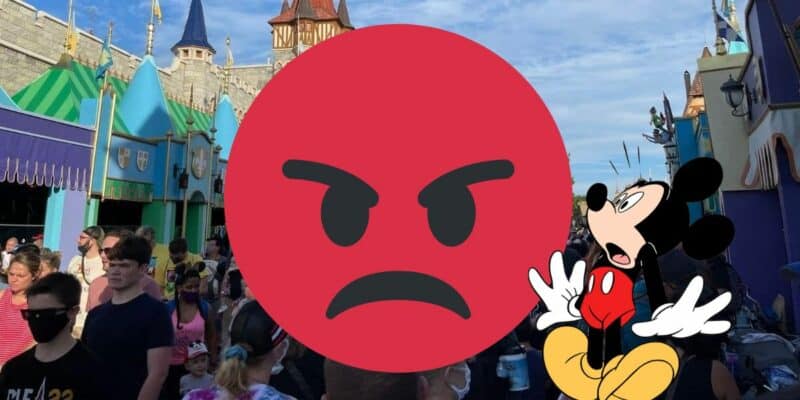 Disney Guests have increasingly appeared in the news due to increasingly destructive behavior, some of which have evolved into full-on physical altercations. Naturally, actions like these can quickly drain the magic out of other visitors’ days. However, the Disney Parks have updated their courtesy policies to try to ensure better crowd control, but Walt Disney World has taken their change a step further.

As pointed out by @sayheyjames, the courtesy clauses are coming during the height of unruly Guest behavior, and it’s honestly a bit surprising and embarrassing that fans have even let it get this far. Not only have the Parks had to update their courtesy policies, but some have even warned against disciplinary actions as well, particularly Walt Disney World. As bad Guest behavior continues to increase, it won’t be long before we start seeing mass walkouts from the Magic Kingdom.

Related: Disney Guest Confronted Over DAS Use, Humiliated Out of Riding More Attractions

“We reserve the right to deny admission, prevent entry or require a person already admitted to leave the Walt Disney World Resort or any part thereof, without refund, liability or compensation, for failure to comply with any of these rules, for unsafe, illegal or offensive behavior, to ensure safety, security or order, or if we consider that the circumstances otherwise so require, in our sole and absolute discretion.”

The Disneyland policy certainly seems like a softer blow compared to Walt Disney World’s, but with Guests breaking out into fist fights, destroying property, and berating and assaulting Cast Members, drastic measures are certainly called for. This isn’t just an amendment to the Park’s rules, this is a warning shot in a fight against inexcusable behavior at what is supposed to be the Place Where Dreams Come True. Until visitors can learn to keep themselves in check and maintain their tempers, Disney fans might have to watch some Guests be dragged out of the Park kicking and screaming.

That might sound ridiculous on paper, but its honestly a disturbing notion. These unruly guests aren’t just making life difficult for the staff and Cast Members, but they are ruining the magic and immersion for other visitors who more than likely spent a great deal just to get there. It’s a shame that conditions in the Parks have come to this, but it might be what it takes to get things back in order.

Do you think this change is necessary? Tell us in the comments below!