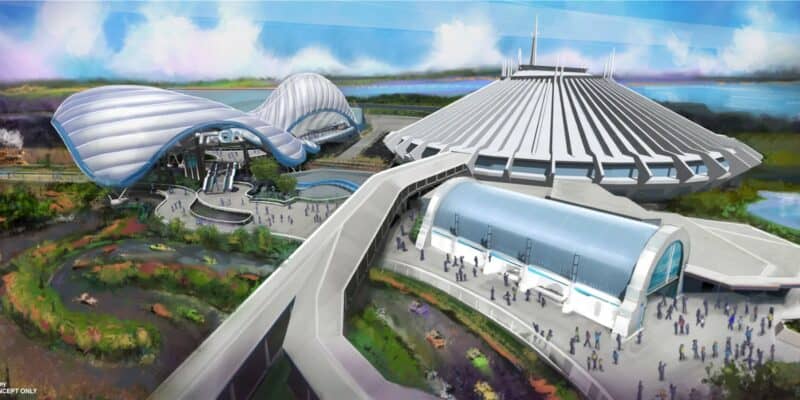 Did you need another Clu?

Sure, with Splash Mountain’s permanent closure on the horizon at Walt Disney World, it’s easy to forget all of the exciting additions that have been or are making their way into the Resort in Orlando, Florida.

EPCOT recently got its very first roller coaster in the form of Guardians of the Galaxy: Cosmic Rewind, with Disney, also revealing some new nighttime entertainment offerings to get excited about.

However, there may not be a more infamous attraction at the Walt Disney World Resort currently than TRON Lightcycle Run.

For the last few months, we have seen the roller coaster testing on and off each day at the Magic Kingdom. Disney Parks fans have watched every detail of the construction process— including the delivery of the sleek ride vehicles —  even waiting patiently throughout Walt Disney World Resort’s pandemic-related closure in 2020, and, now, finally, their patience is being rewarded.

Well, the official Disney Parks Twitter account (@DisneyParks) is back at it today, sharing another cryptic video about get upcoming roller coaster. Check out the new video down below:

This one is a little less complicated, though we still can’t say for certain when the coaster is opening. There are two giant “4”s in the center of the screen which may indicate April as the opening month. However, there is also “51230” at the top of the screen, possibly indicating the grand opening is May 1, 2023.

Of course, this is speculation but with the video Disney released yesterday, a May 1 opening seems very likely, with Cast Member previews coming in weeks before in April.

The further we got into 2021 the more we could tell that this would not be happening. Disney eventually confirmed that the ride would be opening in “Spring of 2023” and while vague, it’s the most concrete timeframe we have ever received for the attraction.

Are you looking forward to this new roller coaster at the Magic Kingdom?