Disney Debuts New Look on Iconic Characters - Inside the Magic 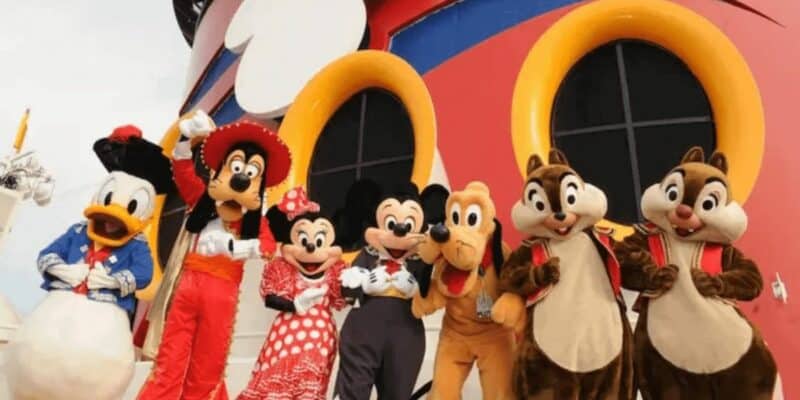 Whether it’s in the Disney parks, on a Disney cruise, or at any Disney special event, meeting the characters is a time-honored tradition beloved by thousands of fans. With its roster of famous faces exponentially growing, the studio has found a multitude of creative ways to bring them to life outside of the big screen, but some creative choices have gotten a bit bizarre.

While this has mostly been consistent for a majority of Disney’s characters, there are a few strange design choices (like Bo Peep’s dead-eyed doll mask). However, one set of characters has recently made the rare swap from mask to face aboard one of Disney’s cruise ships.

The Incredibles face characters debut on Pixar Day at Sea Cruise…thoughts on this? https://t.co/shLH20AEnW pic.twitter.com/aRPGZV5RHr

In a recent tweet shared by Attractions Magazine, Mr. Incredible and Frozone made their debut as face characters instead of their previously-seen masked variants. While this isn’t necessarily a bad idea, the design choice was a little jarring. It’s not to say that the choice to go full face wasn’t the right move, as it makes more sense when stacked against other superhero Meet and Greets like the Avengers at DCA, but the image above might still come off as strange or off-putting to some.

While the Incredibles characters aren’t the first Meet and Greets to go from mask to face, the presentation in the image above might give some Guests pause. Ignoring for a moment that Mr. Incredible resembles a blonde Brendan Fraser, it may be strange because fans are so used to seeing characters like Mr. Incredible as masked rather than the alternative. That all being said, this does make the characters more interactive than their previous incarnations, thereby making for more memorable experiences for fans and Guests lining up to meet them. It might take some getting used to, as most Disney changes do, but this could potentially be a good opportunity for Disney to create more lifelike characters for their Parks and special events.

What do you think of this Meet and Greet’s redesign? Tell us in the comments below!