Disney Runners Win Rare Meet and Greet - Inside the Magic 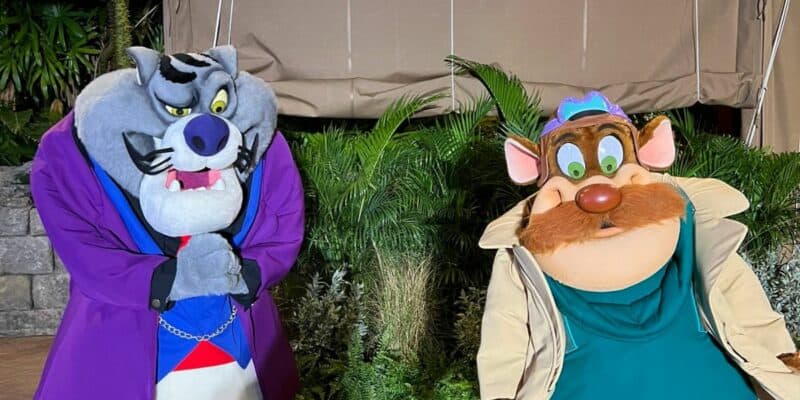 This morning, while most Disney visitors were still snoozing off and building energy for taking on the Parks, a whole flock of athletes were getting ready to run the Walt Disney World 10K. As part of the Walt Disney World Marathon, Guests were encouraged to compete as part of the event’s 30th anniversary. In honor of its conception in the ’90s, the marathon has been outfitted with an appropriate theme, but Disney’s giving fans more than just neon and scrunchies this year.

Disney typically goes above and beyond the call of duty when it comes to theming their special events, and this year’s marathon is certainly no exception as the tracks and event locales are absolutely dripping with ’90s glory. However, a recent TikTok post showed that not only has the marathon been visited by hundreds of Guests and supportive spectators, but a few special appearances as well. Disney has flung the runners and their fans back to the decade with some rare Meet and Greets.

The ’90s were a special time for Disney fans, and Guests who got to visit the Parks during that time undoubtedly got to rub elbows with some of their favorite characters from the Disney Afternoon. A lot of time has passed since what many fans consider Disney’s prime, but that doesn’t mean there still isn’t love for their animated cast. So, Disney granted them a rare opportunity at this morning’s run.

As part of the 10K’s Chip and Dale: Rescue Rangers theme, Guests were treated to an exceptionally rare Meet and Greet from Fat Cat and Monterey Jack. Fans were likely expecting appearances from Chip and Dale in their Rescue Rangers attire, but to see these two live and in person is truly a surprise. While Monty has been seen at previous ’90s-themed events, Fat Cat was definitely an unexpected addition to the mix. Fans of the original show might recognize the felonious feline as the primary antagonist of the rangers’ adventures, but it seems like he was able to leave his latest scheme behind and come support the competitors and their support teams.

While those present were understandably thrilled that these two could make an appearance for the event, it does make some fans wish Disney did opportunities like this more often. Hopefully, Disney will take the hint from fan responses and bring out more ’90s throwbacks without the need for running shoes.

Did you get to see Monty and Fat Cat at the marathon? Tell us in the comments below!