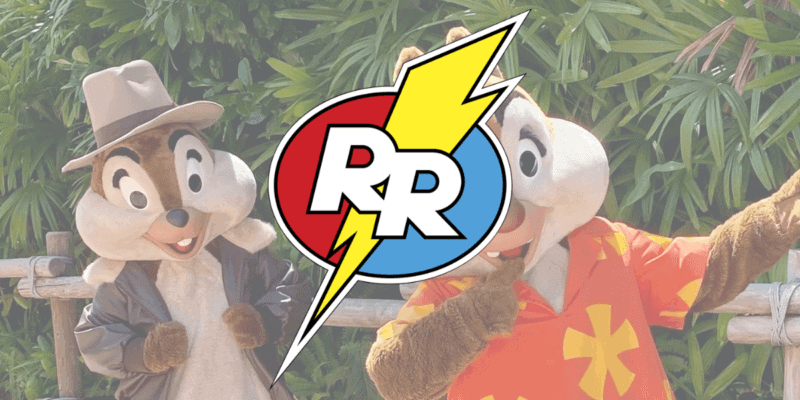 Disney Guests in Florida have been spotting our favorite crime-solving duo at Disney’s Hollywood Studios, looking chipper and well… dale? Check out how you can meet them in these awesome late ’80s outfits!

Chip n’ Dale Rescue Rangers series ran for just three seasons starting in 1989, as part of the Disney Afternoon block series on the Disney Channel, and subsequently, local TV stations in syndicate. In a total of around 65 episodes, Chip n’ Dale worked with other rodent creatures (as well as a zippy fly) to solve crimes in the human world and beyond. The detective agency series was met with much admiration from fans and has continued in popularity thanks to the pop culture nostalgia wave (including the theme song!)

Now, when visiting Disney’s Hollywood Studios , you can see the mischievous chipmunks as a dynamic duo for yourself and snap a photo, mask-free! While you can’t hug them or ask for an autograph, we’re happy to see DHS knocking it out of the park with this Disney PhotoPass opportunity.

Disney Character Guide also ran up upon Chip ‘n Dale in their jacket and Hawaiian shirt, posting on Twitter (handle @wdwmickeyhunter) with a caption and plain character photo of the two looking happy!

But this isn’t the first time Chip and Dale have donned their classic 1980s adventure costumes. In the fall of 2019, the Disney College Program held a welcome event for their participants, and Chip and Dale were on hand in their rescue ranger outfits. A recent Instagram post from Rene (handle @simplee_nay) shares her memory of the event, saying:

Welcome event! Friendship isn’t about who[m] you’ve known the longest. It’s about who walked into your life, said I’m here for you, and proved it.

Have you spotted these 1980s heroes at Disney’s Hollywood Studios? Leave us a comment below!