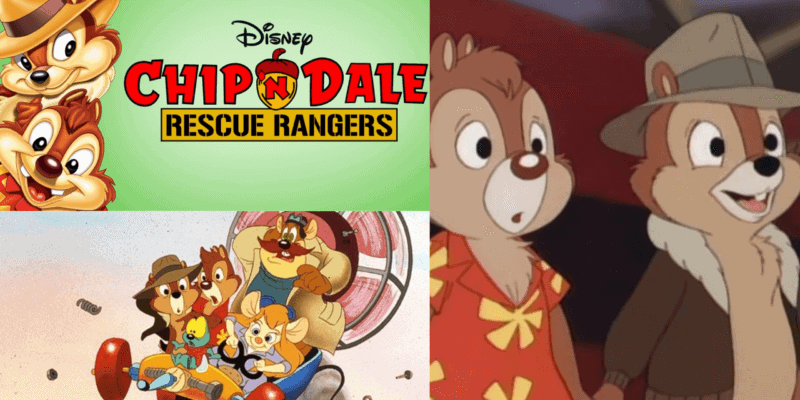 When we first heard the news that Disney was working on a live-action version of the Rescue Rangers, we were understandably a bit dubious. Alvin and the Chipmunks did something similar a few years ago with less-than-promising results. That being said, Chip and Dale are two characters that don’t get an awful lot of attention at Disney these days and the fact the movie will be based on the popular Rescue Rangers television show certainly has us intrigued.

Thanks to the guys at TheDisInsider, we now know a bit more about the movie — chiefly that it will be coming exclusively to Disney+. This shouldn’t come as too much of a surprise given that recently Disney confirmed that has a company they would be dedicating more time to streaming services.

What is more exciting is that rumors also point to the original voice cast of Chip and Dale: Rescue Rangers making a return for the movie. This includes Tress MacNeille as Chip, Corey Burton as Dale, and, of course, legendary Disney voice actor Jim Cummings as Monterey Jack!

The movie has been written by the writing team behind the hit show How I Met Your Mother (Dan Gregor and Doug Mand) and is being directed by Akiva Schaffer of The Lonely Island fame.

Despite the classic Disney afternoon series being loved by thousands of fans, the last episode aired back in 1990 after just 3 seasons, so a return to the format of seeing Chip and Dale fight crime is going to be fantastic to see. There’s been no confirmation of plot just yet, but it seems that this won’t be an origin story — we will see some form of continuation of the detective agency story from the series. Here’s hoping the movie includes the original theme song:

The movie looks to be starting filming in 2021, which means we will likely see the Rescue Rangers film arrive on Disney+ for their live-action debut at some point in 2022.

Don’t worry, there’s plenty arriving on Disney+ before then. We have Season 2 of The Mandalorian arriving later this month and then WandaVision coming later this year!

Are you looking forward to seeing Chip and Dale return? Let us know in the comments below!