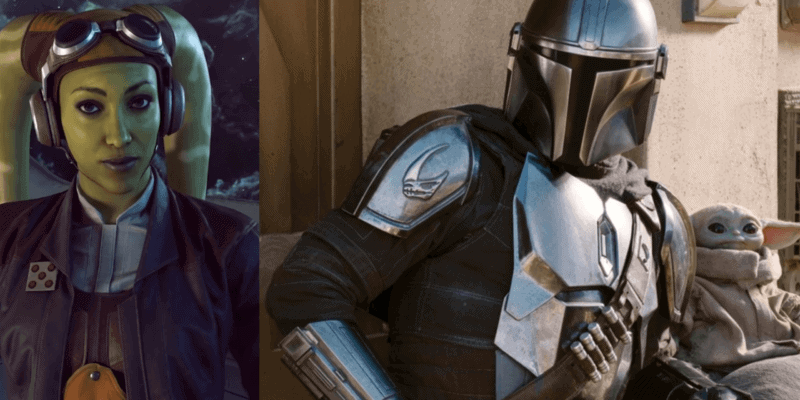 With Season two of The Mandalorian arriving later this month (it feels so good to finally be able to write that), fans are getting excited at the prospect of seeing the return of Mando, Baby Yoda (The Child), and seeing live-action characters of the likes of Ahsoka Tano and Sabine Wren.

Related: What Order Should you be Watching “Star Wars” Movies and Shows?

Pilot Hera Syndulla appeared in the video game as a minor character, after first gracing our screens in the Rebels series. It also shows that even after the Battle of Endor (when Squadrons takes place), that Hera is still around and making an impact on the galaxy.

In the game we find her a general of the Rebellion, leading the Starhawk project. This consists of a fleet of Starhawk ships that come equipped with powerful tractor beams that are supposed to be the New Republic’s secret weapon against the remnants of the Empire.

Spoilers ahead for the game…

Squadron ends by confirming that Hera will continue leading the Starhawk Project for the New Republic but what’s interesting is we don’t see any of these ships show up by the time the events of The Force Awakens play out. This leaves Hera’s timeline pretty open and rife for further exploration as part of The Mandalorian. Given that some of her other crew members from her ship, The Ghost, are set to appear in season two, it would be a fantastic chance to introduce us to a live-action Hera Syndulla. We’d love to see a Ghost crew reunion, come on Lucasfilm, make it happen!

Whatever happens, Star Wars fans can’t wait for the start of season two of The Mandalorian!

Would you like to see Hera make an appearance in season two of The Mandalorian? Let us know in the comments below!