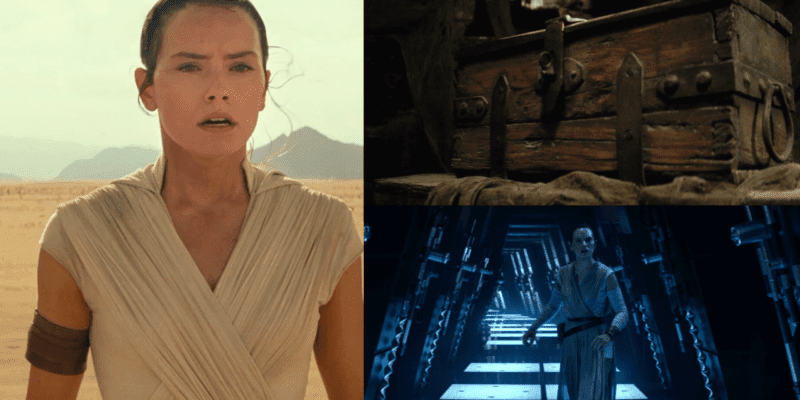 Despite The Rise of Skywalker answering many of the questions that fans had about Rey, Kylo, Ren, and Finn (FN-2187), there were still a few unanswered questions at the end of the movie. Chiefly, how it is that Rey was able to touch an object and have an intense vision, known as a “Forceback”.

Well, we now know that this mysterious ability is called Psychometry as confirmed by the latest Star Wars reference book:

Some Force abilities require years of training, a form of instinctual aptitude, or a very strong connection to the Force to access. A small number of Force users, including Rey and Cal Kestis, have the rare ability of psychometry, which allows them to learn about people or events by touching an object associated with them.

It isn’t particularly surprising that Rey would possess an ability such as this. Despite her lack of training, she’s still the granddaughter of the powerful Emperor Palpatine and she gained a lot of her knowledge through her connection with Kylo Ren and being half of the Force Dyad.

Related: What order should you watch all of the Star Wars movies and shows in?

The ability first showed up in the excellent Star Wars: The Clone Wars animated show as something possessed by Jedi Quinlan Vos. The ability was frowned upon by the Jedi Order of old simply because it carries a lot of risks.

Jedi are supposed to free themselves of emotion and you can imagine that touching an old object with lots of memories attached to it could impact the inner balance, something that happened to Quinlan Vos.

There are still a few unanswered questions about Rey and her abilities but rumors continue to circulate that we will see more of her in future Star Wars shows and movies, and actor Daisy Ridley has mentioned she would be more than happy to return to the role in the future.

Would you like to see Rey Skywalker appear in future films and shows as she begins to rebuild the Jedi Order (or something entirely new? Let us know in the comments below!