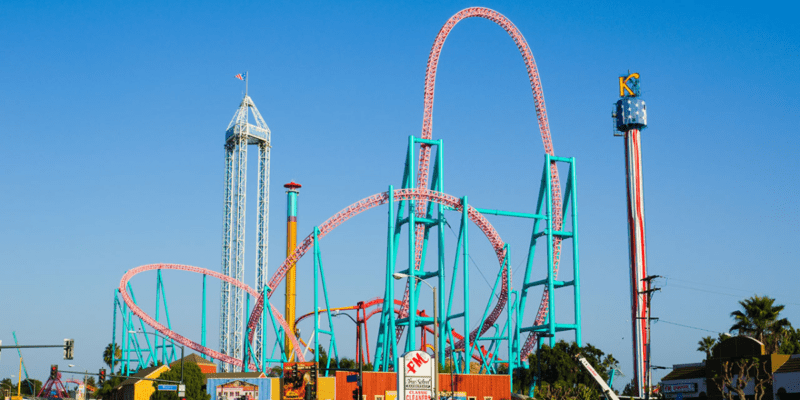 2023 has been off to a rough start, as an iconic California theme park has powered through multiple early closures and complete shutdowns.

As the Golden State continues to face severe weather conditions, with wind and flood advisories in effect across the Orange County and San Diego areas, the operations of multiple theme parks in the area are still being affected, possibly hurting the value of seasonal passes.

Earlier, Knott’s Berry Farm, the first theme park to open in California, announced that the Park would remain closed today, January 14, due to inclement weather, with select California Marketplace — the Park’s shopping and dining district — locations remaining open until 8 p.m. This marks at least the third time the Park has enforced a complete shutdown this year, in addition to an early closure at the beginning of the month.

While this is not the first time Knott’s Berry Farm has been forced to shut its doors due to inclement weather, today’s closure may be the most impactful yet, as today marks the first day of the Martin Luther King Jr. Day holiday weekend. And if weather conditions don’t improve, Knott’s Berry Farm may be forced to close all three days, putting the Park at risk of losing millions of dollars. In addition, these closures could deter Guests from considering purchasing a seasonal pass for Knott’s Berry Farm, as the unforeseen closures could reduce the value of the pass, especially on holiday weekends, as is the case today.

While the closures are unfortunate for Knott’s Berry Farm, they are necessary to ensure the health and safety of all Guests and employees, given the nature of the Park. Since most attractions and areas at Knott’s Berry Farm are outdoors, rain, heavy winds, floods, and other weather conditions could not only affect the rides’ operations but also create potentially hazardous situations for Guests and employees, as we recently saw at a carnival in Mexico where a thrill ride spun out of control endangering dozens of riders and witnesses.

It is unclear if Knott’s Berry Farm will resume operations through the Martin Luther King Jr weekend, as the Park’s closures are being announced on a day-to-day basis. As of this article’s publishing, the official Knott’s Berry Farm website states that tickets purchased for today, January 14, would be extended to use through February 26, 2023.

Six Flags Magic Mountain and LEGOLAND California Resort also announced that their theme park operations would be modified today due to heavy rains in California.

Have you been to Knott’s Berry Farm recently? What was your experience like? Tell us all about it in the comments below!