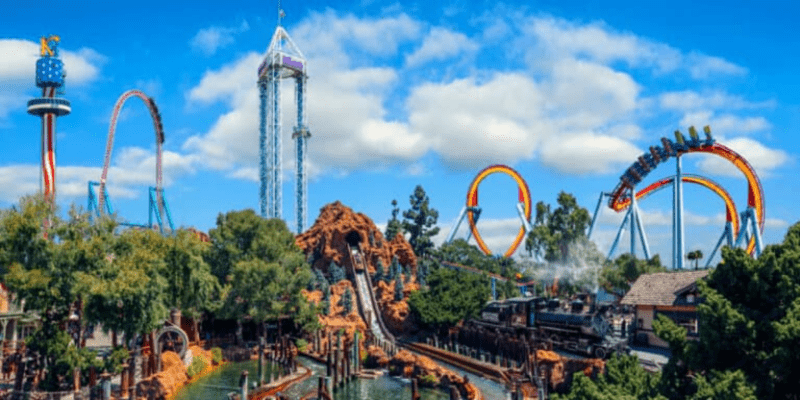 For the past couple of weeks, Southern California has been hit with huge rainstorms off and on, causing flooding, mudslides, and even evacuations in some areas.

Because of these rainstorms, some theme parks have had to shut down their operations intermittently over the last few days, including Six Flags Magic Mountain and Knott’s Berry Farm.

However, today on Twitter, Knotts Berry Farm once again announced that the Park would be closed today due to inclement weather:

On Knott’s Berry Farm’s website, there is a message about this as well, along with information for those who have purchased tickets for today:

Due to inclement weather Knotts Berry Farm will not open today, January 10, 2023. Guests who have purchased tickets for 1/10/23 can use them any other operating day through February 26, 2023. Select California Marketplace locations will remain open until 6 PM.

Related: Guests Give Advice for Visiting Disneyland When It Rains

It is unclear how long this closure will take place. Last week, Knott’s had closed for two days in a row on January 4 and 5 but then resumed operations later in the week.

These closures are, unfortunately, expected in this type of weather. Because much of Knott’s Berry Farm’s attractions are located outside, this will be impacted by rain, flooding, and other adverse weather conditions that would make it unsafe for Guests to ride the attractions.

Several SoCal areas are under watches and warnings for adverse conditions this week, including floods, high winds, and high surf. These warnings, according to ABC7, will extend into this evening.

Rain is expected to continue falling throughout this week, though it is currently unclear if and how this will affect the theme parks and roads in this area.

However, nearby theme parks such as Disneyland and Universal Studios Hollywood remain open for the time being, which could be due to having indoor rides open for Guests to be able to enjoy.

What do you think of all these theme park closures?