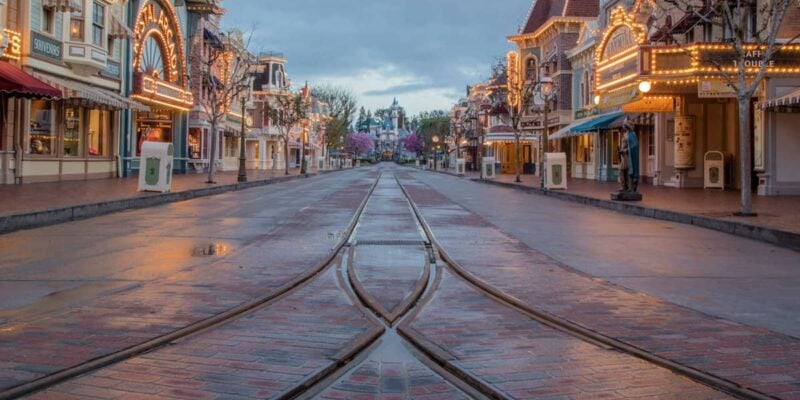 Rain is somewhat foreign to southern California (SoCal) residents, as it doesn’t rain too often in the area during the year. And, as Disneyland is in SoCal, many Guests visiting Disneyland might not know how to enjoy the Park when it rains.

This situation is very different than that of the Disney Parks in Florida, as it can rain there on and off during the day, especially in the summer months.

However, those who have braved the rain and cold at Disneyland in the past have plenty of tips to share with those who are experiencing this phenomenon at the Disney Park for the first time.

A Reddit post from user aidann110 asked for advice on what to do about their Disney trip this week, as rain is expected to occur at Disneyland and much of the SoCal area throughout this week:

Supposed to rain during our disney trip.. What should we expect? Should we postpone to february? from disneyparks

Commenters were quick to give advice on dealing with rain at Disneyland. For instance, though some Guests may want to bring an umbrella, posters such as DigDug_Doug suggested otherwise:

I would advise against an umbrella. It will just make you more wet in the long run if you have to keep stashing it when going indoors/on rides. Waterproof jacket and pants are going to be WAY better.

User iwannamakethat had some tips on being in the rain and taking breaks:

I love Disneyland in the rain!! Bring a change of socks, maybe even shoes, and leave them in a rental locker. Walking around with wet feet all day can be very uncomfortable. Make reservations for a mid afternoon meal somewhere you can dry out, like Carnation Cafe. And have fun!

Pro tip: make sure to complete any ride or attraction set even partially outdoors first. Disney can and will suspend service due to rainy conditions and leave everyone scrambling to replan their day. If you get everything outdoors done first then you’ll be ahead of the game when the only open attractions are outdoors.

You can also check the Disneyland website to see which outdoor attractions may close at each Park when it rains.

Other commenters gave several pieces of advice, such as using lockers to put your belongings in or using the hair dryer if you’re staying at the Disneyland Hotel to dry off wet shoes. Others suggested several items to bring when it rains. These include items such as ponchos, dry shoes and socks, plastic bags for wet clothes, raincoats, waterproof jackets and shoes, and warm layers.

Overall, the general sentiment from this Reddit thread was not to reschedule the trip but rather to adapt to the weather, as it may not rain throughout the day or week. Other commenters just noted that Guests should expect to get a little wet when it rains and have a good time.

Have you ever been to Disneyland while it was raining? How did you handle it?