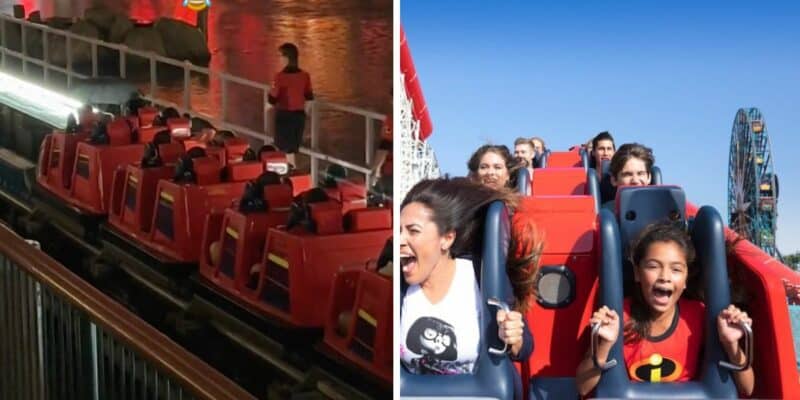 While both the Walt Disney World and Disneyland Resorts are home to some incredibly thrilling rides like Expedition Everest, Space Mountain, Tower of Terror, and Matterhorn Bobsleds, few rides can compete to the level of thrill associated with Disneyland’s Incredicoaster.

Located in Pixar Pier’s Incredibles Park neighborhood, the Incredicoaster whips Guests quickly past fun scenes inspired by The Incredibles film series. The ride is fast, fun, thrilling, and, most importantly, outside, meaning that your experience varies depending on how nice the weather is that day.

Unfortunately, a few Guests timed their ride poorly, getting stuck in some rain. This issue was shared in a hilarious TikTok, which you can see below:

♬ Have You Ever Seen The Rain – Creedence Clearwater Revival

As you can see, Guests were at the attraction during some rain, something that’s not too out of the ordinary. However, the “perfect storm” was formed after the attraction actually stopped, leaving Guests literally stuck out in the rain.

Hopefully, these Guests weren’t left out there long and were given a few “fast passes” to make up for the experience.

Have you ever been stuck in the rain or any other intense weather conditions?