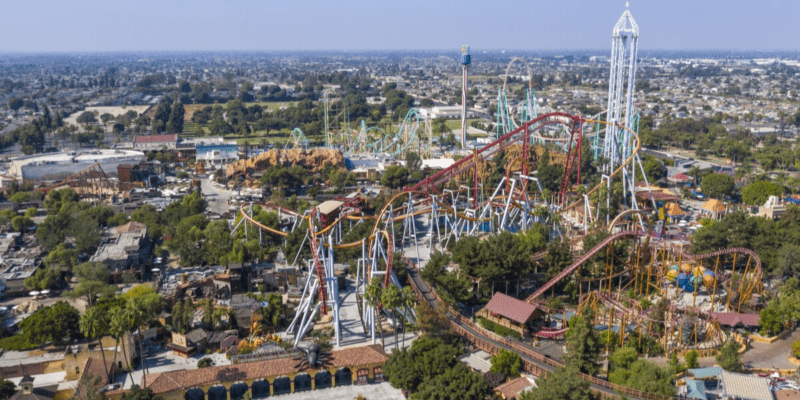 A popular California theme park saw its operations affected for the second day in a row as the Park announced a closure due to inclement weather.

The Golden State has faced severe weather conditions these past few days, with dark skies, rain, and strong winds, even causing some of California’s coasts to brace for up to 16-foot swells. These inclement weather conditions have affected the operations of a popular California theme park, as officials have announced a complete Park closure for the second day in a row.

Due to inclement weather, #KnottsBerryFarm is closed today (Thursday, January 5).

Due to this closure, the official Knott’s Berry Farm website states, “Guests who have purchased tickets for 1/5/23 can use them any other operating day through February 26, 2023.”

This is the second day in a row that Knott’s Berry Farm has seen its operations halted due to the weather, as Park officials announced an early closure yesterday, January 4, with the theme park shutting down at 6 p.m. and California Marketplace remaining open until 8 p.m.

Per the OC Register, the National Weather Service issued warnings and advisories due to the high surf and potential for coastal flooding for noon Thursday through Friday morning along Los Angeles County and through Friday evening in Orange County — where Knott’s Berry Farm is located — and San Diego County. However, as of this article’s publishing, it is unclear if Knott’s Berry Farm will resume operations tomorrow, January 6, as the Park has released no official information.

Knott’s Berry Farm recently faced a similar situation where inclement weather forced the California theme park to shut down all its attractions for the first hours of the Park’s operating day, disappointing many Guests who were at the Park that day.

Both of these closures, today’s and the one mentioned above, are enforced by Park officials keeping the health and safety of Guests and employees as a top priority, as the operation of most rides could be affected by the weather, creating potentially hazardous situations due to the nature of the Park.

Have you visited Knott’s Berry Farm lately? Tell us about your experience in the comments below!