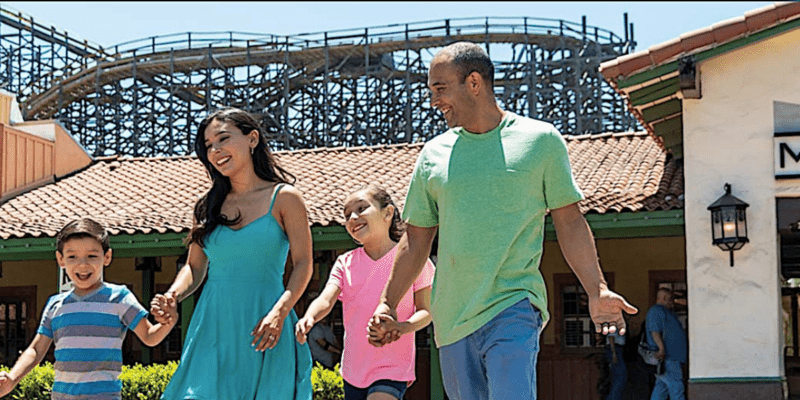 A central theme park in California was forced to shut down due to inclement weather, restricting its experiences for the day.

The announcement was made through the official Knott’s Berry Farm social media channels and is now stated on the theme park’s website. The statement, as shared on Twitter (@knotts), reads, “Due to inclement weather, #KnottsBerryFarm is closed today (Tuesday, November 8). The California Marketplace will remain open until 2pm.”

Due to inclement weather, #KnottsBerryFarm is closed today (Tuesday, November 8). The California Marketplace will remain open until 2pm. pic.twitter.com/K2n2d6OpG3

Excessive runoff may result in flooding of rivers, creeks, streams, and other low-lying and flood-prone locations. Low-water crossings may be flooded. Storm drains and ditches may become clogged with debris.

The National Weather Service advises residents in the area to prepare for potential flooding impacts and stay updated with information from local authorities.

Earlier this year, Knott’s Berry Farm faced a similar situation when inclement weather forced the California theme park to shut down all its attractions for the first hours of the Park’s operating day, disappointing many Guests who were at the Park that day. You can read more about that incident by clicking here.

Both of these closures, today’s and the one mentioned above, are enforced by Park officials keeping the health and safety of Guests and employees as a top priority, as the operation of most rides could be affected by the weather, creating potentially hazardous situations.

Per the official Knott’s Berry Farm website, the Park will resume its regular operating schedule tomorrow, November 9. However, this information can be updated anytime if the weather conditions don’t improve in the area. Inside the Magic will update you if further changes are made to the Park’s schedule.

Have you visited Knott’s Berry Farm lately? Tell us about your experience in the comments below!