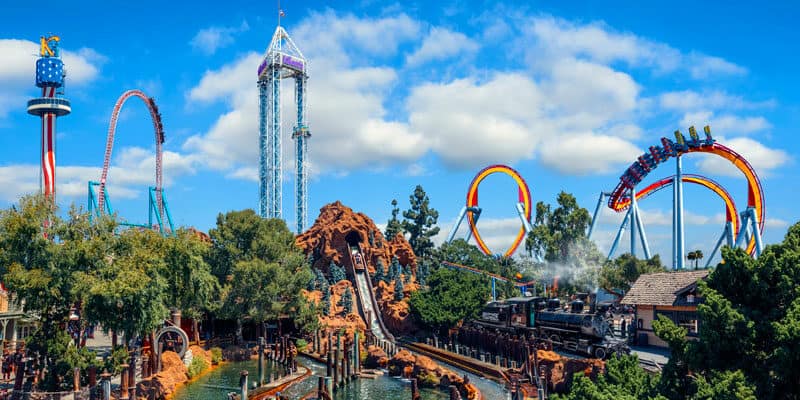 Despite additional security measures, Guests continue to engage in disruptive behavior at this California theme park.

With Halloween celebrations in full bloom at theme parks across the country, Guests continue to enjoy all the thrills and chills of the season. Unfortunately, some Guests insist on breaking the rules and regulations set out by theme parks to ensure the safety of Guests and employees alike, engaging in dangerous and disruptive behavior.

Related: Universal Employee Yells at Guests For “Dangerous Behavior,” “They Really Were Not Having It”

The latest incident took place at Knott’s Berry Farm where, despite additional control measures introduced by the California theme park earlier this year, Guests continue to behave disruptively, with one Guest recently pushing and kicking a scare actor during a Knott’s Scary Farm event, the Park’s popular Halloween event.

The video was posted by Johnny M (@johnnycreates) on TikTok. In it, we can see a Guest pushing a scare actor on stilts multiple times while talking on his phone and drinking from a cup. The actor tries to intimidate the Guest by stepping in his direction, but the Guest doesn’t seem to be bothered. The scare actor points away and tells the Guest to go, but again, he doesn’t seem to be bothered by the uncomfortable situation he created for the scare actor and all Guests around them, as many started yelling, trying to stop the incident.

What happened after the video was taken is unclear, as Johnny didn’t share any further comments, but to Guests and viewers online, the Guest’s behavior was unacceptable.

Monster at knotts scary farm vs chad. Why is there always a chad that has to ruin everything, let them do their job #knottsscaryfarm #chad

Monster at knotts scary farm vs chad. Why is there always a chad that has to ruin everything, let them do their job #knottsscaryfarm #chad

TikTok user @lollmqdii commented, “people literally can’t respect anything anymore,” and @G_Acvs619 added, “They should’ve kicked him out.” User @chewybaca5 said, “Those of you saying the stilt walker was in the wrong can respectfully leave the chat,” as most viewers agree that the Guest was in the wrong with his actions.

Knott’s Berry Farm introduced a chaperone policy after a series of violent altercations at the California theme park, which extended to Knott’s Scary Farm events, restricting Guests 17 years old and younger from entering the Park without a chaperone at least 21 years old. You can click here to read Knott’s Berry Farm’s full code of conduct.