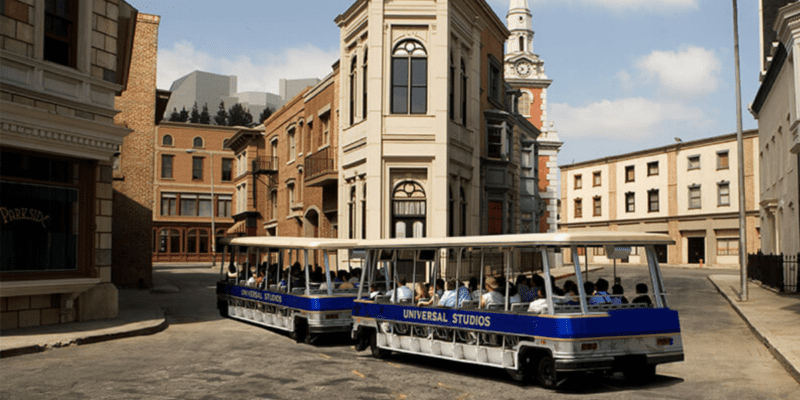 A Guest recently shared her experience after being yelled at by a Universal Studios employee for trying to record a TikTok trend at the Park.

Guests visiting Universal Studios Hollywood can experience all the attractions and entertainment the Park offers, from Jurassic World – The Ride to Revenge of the Mummy – The Ride, Harry Potter and the Forbidden Journey, The Simpsons Ride, and The World-Famous Studio Tour, among others. And with the Halloween season arriving at the Park, the fun and thrills keep growing at Universal Studios Hollywood.

However, one Guest had a rather unpleasant experience during a recent visit after a Team Member yelled at her for trying to record a TikTok at the Park.

Alyssa (@woahitsalo) shared a video on TikTok where she was trying to join a trend during a Halloween Horror Nights event at Universal Studios Hollywood, but that “the scare actors weren’t having it,” as one of the Team Members stopped the recording, putting his hand in front of the camera. Alyssa commented that the Team Member yelled at her and said, “it was policy,” before calling security.

I UNDERSTAND it’s bc it can be a safety hazard, it’s why we waited until no one was around/were very cautious and mindful of the scare actors.

I respected when security pulled us aside, (although unnecessary), he didn’t even say it was for safety, he was just rude & couldnt explain the policy.

Also ppl in the comments are acting like I “knew” this,I didnt know I wasnt allowed to take a video of myself there. Also like I paid 300+ to be there

So like nothing wrong with wanting to take a video of myself and post it. Of course if I had known I wouldn’t have even bothered!

Still had plenty of fun & got plenty of content I wanted. I paid to be there, I can enjoy my time and still get pics/vids out of it. Its not a crime to want pics/vids when ur literally paying hundreds of dollars to be there.

The trend uses a sped-up version of the song “Static” by Steve Lacy and involves one person standing in place while the person recording slowly walks back as they have to hold the camera. As Alyssa and several viewers pointed out, this could pose a safety hazard for other Guests and Team Members, but she mentions that she waited until no one was around to try and record her video.

In addition, she mentioned that Team Members could not explain the policy forbidding Guests to record. While flash photography is not advised to be respectful to scare actors, Universal does not have an explicit policy against photography or video recording during Halloween Horror Nights on the event’s website. However, signs in some areas of the Park forbid video recording, like the haunted houses. It is not clear if such signage was present in the area where this video was being recorded.

Alyssa didn’t comment if Team Members took further action or if the incident ended when she was pulled aside.

What do you think of this incident? Was the Universal Team Member wrong for stopping the video? Let us know in the comments below!